To provide 7.3 billion population of the planet with sufficient energy is becoming problematic due to depletion of fossil fuel recourses, costly renewable energy recourses and unbalanced energy use of developed nations than developing and poor countries. According to the G. Boyle, B. Everett and G. Alexander, today the fossil fuel trio of coal, oil and natural gas provide 80% of the world’s energy. And the humanity started to be concerned with depletion of this fossil fuel trio starting from 1970s. According to BP (2010) it is estimated that world coal reserves could last for about 120 years, oil approximately 45 years and natural gas 60 years. The problem does not only lie in limited energy recourses, which is inevitable part of human life
in 21st century, the problem is also about the danger for the natural ecosystems of the planet and global climate. Hence, all these figures leads to find renewable and sustainable energy sources significantly unavoidable. Thus, humanity need sustainable energy sources, which cannot be depleted easily, will not entail environmental problems and will not cause substantial health hazards. G. Boyle, B. Everett and G. Alexander in their article as its title saying, introduced renewable energy, which can be nominated for a sustainable energy source. For my point of view, categories listed for sustainable energy source is too idealistic to find a renewable energy that can fit all of them. Traditional biomass or new biomass is renewable energy but have dangers to environment too. Solar and non‐solar renewables are costly to achieve in developing countries. Traditional biomass, which is widely used in developing countries, can result with deforestation or overgrazing. Especially places like Sub‐Saharan and African countries, where energy is not easily affordable and accessible, lack rain falls. First, new biomass needs a free land and rainfall or high water supply, which are hardly found in Africa
and other developing countries. Second, another renewable energy hydropower is also depended on rainfall or water supply. Hydropower needs huge water sources, which are hardly available in most of African countries. Even in developed countries those use hydropower are always under threat of earthquakes, flood and otherclimate impacts.

After all, the new renewable energy source, nuclear energy, is suggested after World War II. It’s quite cheap compared to other renewable energy sources, almost has zero level of gas emissions and could be used longer than oil, gas and other natural recourses. Problem came out with nuclear power when the world leaders were threatened with its power of devastation as a result of nuclear weapons, radioactive waste disposal and critical cause of cancer on humans. Natural disasters are again a threat to nuclear plants, as it was in Fukushima. However, the biggest barrier of
expansion utility of nuclear energy is human perception. Nuclear weaponproliferation, long‐term radioactive waste disposal are the justification of these perceptions. Until now no nation have used nuclear bombs during wars, but it doesn’t guarantee that won’t happen in future, especially in a century when terrorist attacks have risen dramatically. Furthermore, long‐term radioactive is a danger to future generations too. However, what I’m thinking, soon or later world nations will be depended on nuclear energy. Danger is unavoidable in any kind of renewable energy source, because sometimes changes in ecosystem such as earthquakes, flood, tsunamis, landslide is out of human control. And nuclear energy is not widely accepted
because humankind doesn’t have wide experience in this energy recourse. It is always like that, humankind have a fear of new changes. It reminds me of one of Johnny Depp’s movies, “Transcendence”, where the revolutionary computer program changes the Planet totally, clears ecosystem, water, air, forests, everything else from pollution through artificial intelligence created by nanotechnology which controls human’s mind from negative perceptions. This is mythology in the movie, but it shows the reality of perceptions and how the negative perceptions can be overcome. 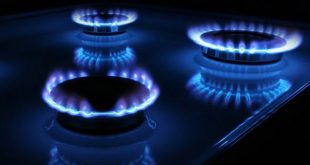 President Ilham Aliyev: Natural gas tariffs in Azerbaijan are among the lowest in the world