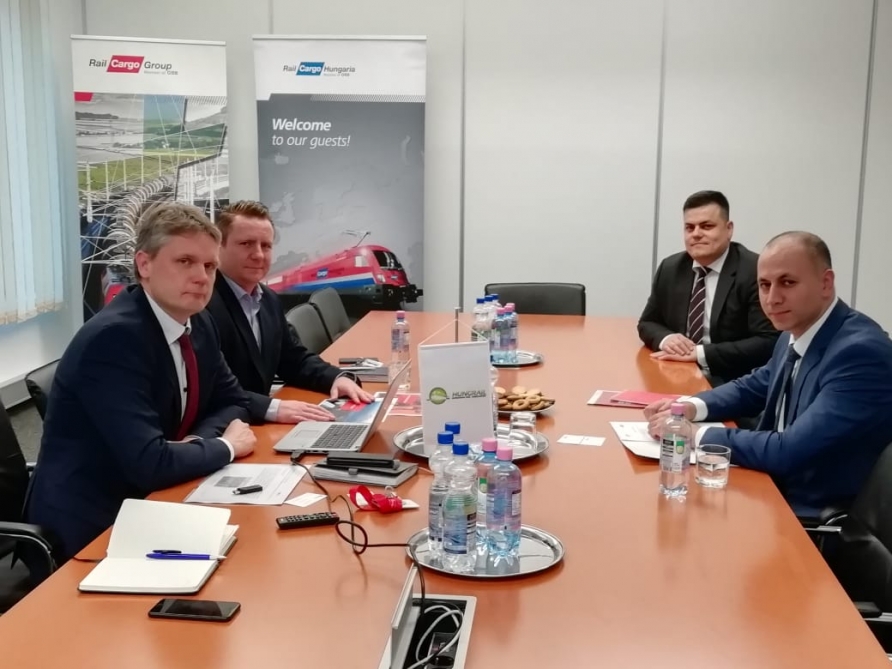 During the meeting, the sides discussed joint measures for identifying potential cargo bases, collecting and sharing statistical data on freight, and establishing a legal framework for the partnership. The counterpart stressed the Central Asia, with Azerbaijan as a transit hub in the region, playing an important role for “Rail Cargo Hungary.”