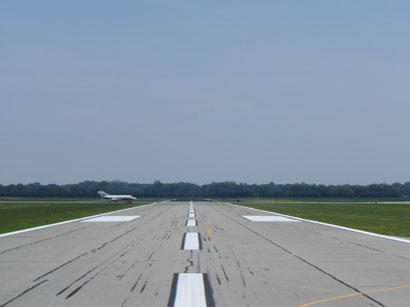 The main goal of the construction of the airport in Azerbaijan’s Fuzuli district is primarily aimed at increasing passenger transportation in the direction of the liberated territories, Ilgar Velizade, head of the South Caucasus Political Scientists Club, told Trend.

“After the opening of a new airport in Fuzuli, it will be possible to increase passenger transportation in this direction,” the head of the club added.

“Today the districts near Fuzuli are considered as important areas for the tourism sector,” Velizade said. “First of all, these are the cultural capital of Azerbaijan – Shusha city, part of Khojavend district and Hadrut. Azykh cave will become a very important tourist site.”

“Tourists will be able to visit Zangilan, Gubadli, and Jabrayil districts, which are relatively near Fuzuli city, through the modern system of roads, which will be built soon,” the head of the club added.

“I think that after the road infrastructure is built, the passenger traffic will increase, which will have a positive effect on the development of the tourism potential of these districts,” Velizade said. “The international airport in Fuzuli will receive citizens from other countries, which is very important. People interested in the Nagorno-Karabakh region, its history, natural beauty, will be able to use this route bypassing Baku.”

“The construction of hotels in the liberated Azerbaijani territories will create a basis for increasing the tourist flow,” the head of the club said.

“I think that in the coming years, special interest in this region will be shown by tourists from our fraternal Turkey, Russia, Azerbaijanis living there, as well as tourists from the Central Asian countries and Iranian citizens who show great interest in our region and its history,” head of the club said. “In the future, the geography of these routes will become the main one from the point of view of providing this region with tourists.”