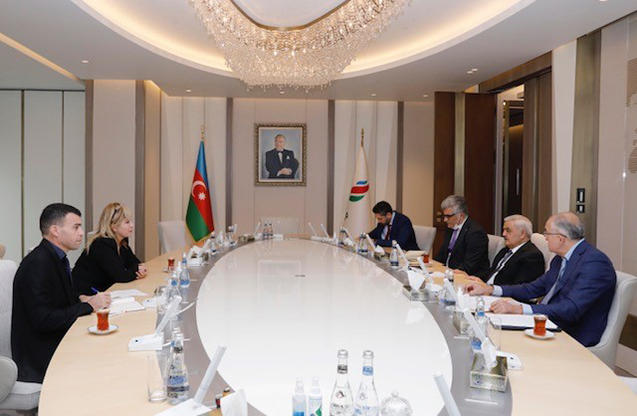 SOCAR President Rovnag Abdullayev made the remarks at a meeting with Algerian ambassador Salima Abdelhak on October 14.

During the meeting, the ambassador noted that Sonatrach is interested in expanding relations with SOCAR, exploring new opportunities for cooperation, including the European market.

In turn, the SOCAR president noted that he would be happy to meet the new leadership of Sonatrach, stressing that there are broad prospects for cooperation in various fields.

“With the global pandemic coming to an end, it was decided to consider the possibility of cooperation between SOCAR and Sonatrach,” the parties noted.

Moreover, the ambassador stressed that Azerbaijan and Algeria are countries rich in hydrocarbon resources.

She noted with satisfaction the commissioning of the TAP (Trans-Adriatic) pipeline and the start of transportation of Azerbaijani gas to Europe together with oil. She noted that Algeria is one of the most experienced players in the field of energy supply in Europe and has the appropriate export infrastructure. The ambassador added that Algerian gas is transported to markets by pipeline, as well as in liquefied (LNG) form.