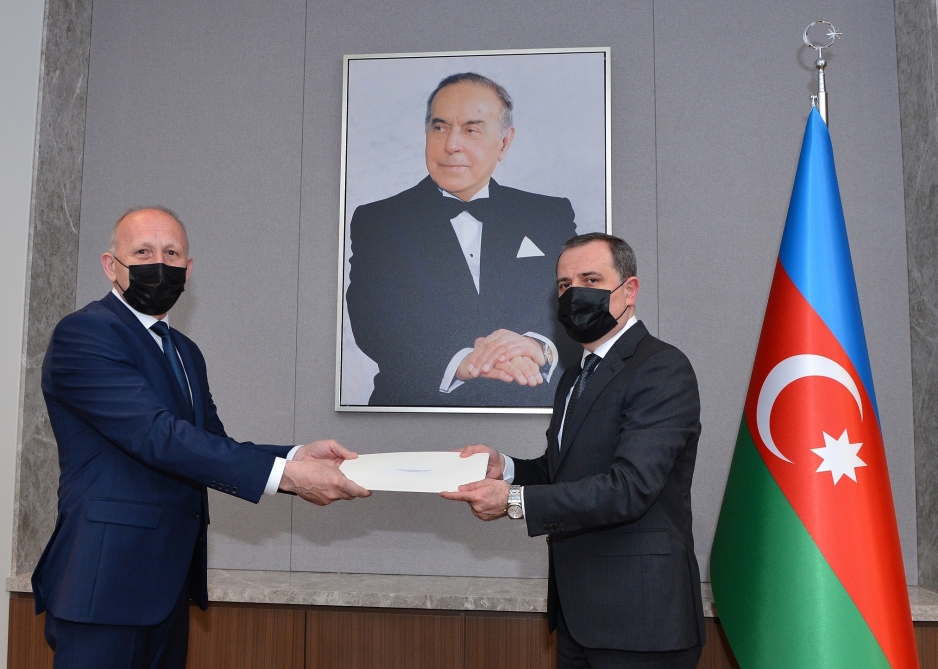 The ambassador noted that Serbia and Azerbaijan faced similar problems and emphasized the importance of supporting the preservation of state sovereignty, as he presented a copy of his credentials to Foreign Minister Jeyhun Bayramov.

The two hailed the fact that both Azerbaijan and Serbia unequivocally supported the principles of international law, especially sovereignty and territorial integrity in their inter-governmental relations.

Bayramov praised the strategic partnership between the two countries. He expressed confidence that the appointment of a new ambassador would have a positive impact on the development of Azerbaijan-Serbia ties.

Noting that Azerbaijan is currently experiencing a historic stage, Minister Bayramov briefed the Serbian ambassador on the current situation in the region in the wake of the 44-day war.

They also had an exchange of views on a range of matters, including appropriate steps to develop relations between the two countries, particularly through the exchange of mutual visits. The two also pointed out the importance of holding a next meeting of the Intergovernmental Commission on Trade and Economic Cooperation, and increasing the bilateral trade.