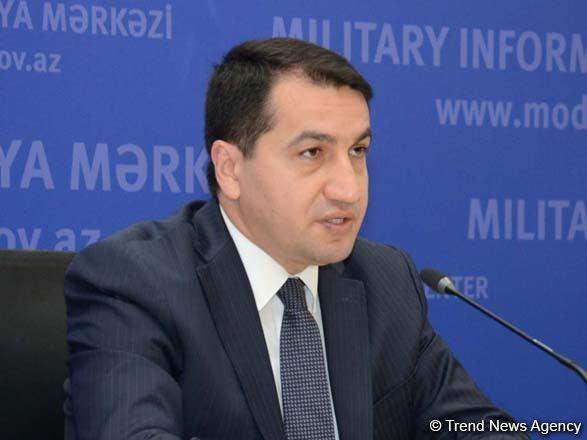 Armenia at the state level continues to commit terror attacks against the Azerbaijani civilians, Assistant to the Azerbaijani President, Head of the Foreign Policy Department of the Presidential Administration Hikmat Hajiyev said, Trend reported on October 24.

Earlier today, HAjiyev wrote in his Twitter account that Armenia continues to wage the war against civilians, in particular, against children.

Hajiyev stressed that the Armenian army fired a “Smerch” missile on Azerbaijan’s Tartar city, as a result of this attack 16-year-old Orkhan Ismayilzade was killed.

In the meantime, thirteen-year-old Artur Mayakov, who was wounded during a missile attack on Ganja on October 17, 2020, also died in the hospital today, the Prosectuor-General’s Office reported.

Previous Turkey hopes for achieving success in Karabakh conflict settlement together with Russia – Erdogan
Next President Ilham Aliyev: Like our relations with Turkey, our relations with Georgia are good examples of good neighborhood