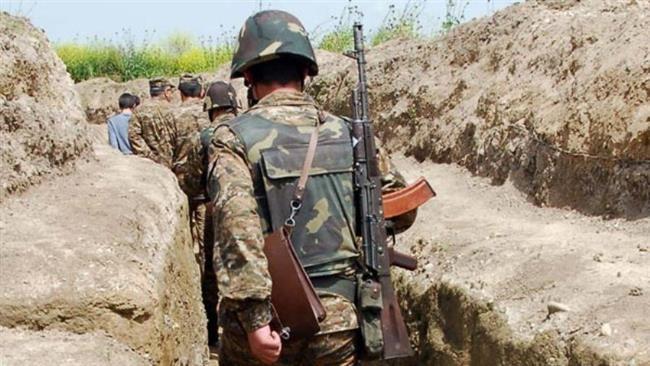 Armenia has issued an update on its soldiers killed on the battlefield, Trend reports.

In accordance with the official data of the Armenian side, over the past 24 hours the Azerbaijani army killed 40 more Armenian soldiers.

Thus, Armenia officially declared that 673 servicemen have been killed since Sept. 27, when Azerbaijan responded with a counter-offensive to another provocation of Armenia, that has been holding Azerbaijan’s lands under occupation.

It should be noted that the amount of deceased in the Armenian army is more than the revealed official figure.

Following almost two weeks of intensive military confrontations, Armenia and Azerbaijan, with Russia’s mediation, have agreed on a temporary ceasefire for humanitarian purposes, for exchange of prisoners of war as well as bodies of the dead.

Despite the ceasefire, the Armenian Armed Forces launched missile attacks on civilians in the central part of Ganja city and a great number of civilian infrastructure facilities and vehicles were heavily damaged.

The Armenian Armed Forces, flagrantly violating norms and principles of international law, the Geneva Conventions of 1949 and Additional Protocols to it, as well as the requirements of the humanitarian ceasefire declared on October 10th, continue to deliberately target the civilian population of Azerbaijan, and intensively bombard densely populated settlements.