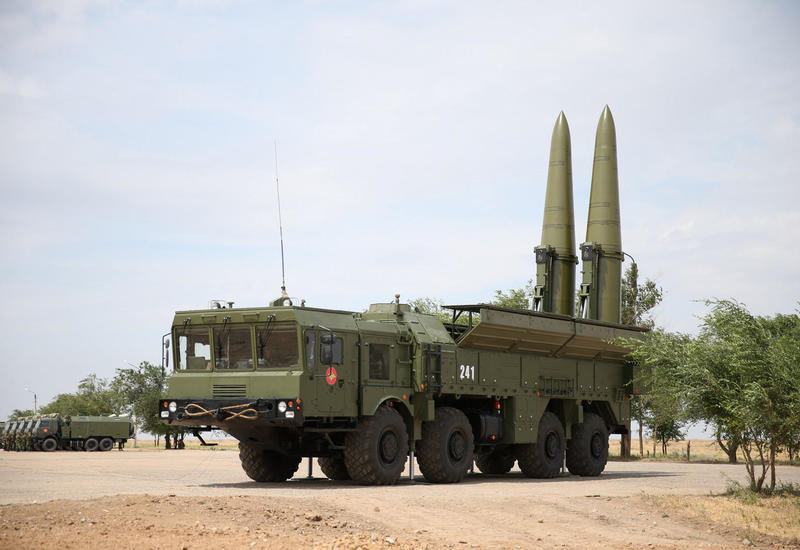 Chief of Armenian Army’s General Staff Onik Gasparyan has admitted that his country launched the Iskander  tactical ballistic missile during the 44-day war with Azerbaijan in 2020, Day.az reported on February 24.

The report added the head of one of the largest Russian media holdings, Aram Gabrelyanov, published a stunning entry on his Telegram channel, which confirmed the essence of Armenia as a terrorist state.

In this entry, he revealed new facts about the war crime committed by Chief of Armenian Army’s General Staff Onik Gasparyan. Gabrelyanov writes that in Moscow, about a month ago, he had a hard, long conversation with Gasparyan.

“On the third day of the [44-day] war, as the chief of staff of the army, I decided to use Iskander [missile] on two strategic targets. The Baku-Ceyhan oil pipeline and another one. Pashinyan categorically forbade, although the Russians made it clear that this is your business and your war. Three days before the fall of Shushi [Shusha’s regain by Azerbaijani troops], I asked Pashinyan for permission to strike with two Iskander missiles a huge accumulation of enemy manpower right at the foot of Shushi,” Gasparyan was quoted as saying.

He added that Pashinyan opposed his proposal.

“Pashinyan categorically forbade, saying that the world community would curse us if we kill several thousand enemy soldiers at once. The only time I was allowed to use the Iskander was in the city of Shusha. I used it. We took advantage of this and managed to bring several tanks into the city. Two days later, an order came to me – to leave Shusha and retreat,” the publication said.

It should be noted that Pashinyan admitted in an interview with the Armenian media that Armenia had used the Iskander operational-tactical missile system during the war with Azerbaijan, but the missile did not explode.

Pashinyan also noted that Russian missiles are not suitable for use and that they do not fully explode.

Former Armenian President Serzh Sargsyan was the first admitting the launch of the Iskander missile on Shusha.

Following the statement, Azerbaijani Human Rights Commissioner Sabina Aliyeva urged relevant sanctions against the Armenian military and political leadership as the actions they had committed are a gross violation of the provisions of international documents. That is the provisions of the Geneva Conventions and Additional Protocols to them, especially the IV Geneva Convention for the Protection of Civilian Population in Time of War, the Hague Convention for the Protection of Cultural Property in the Event of Armed Conflict, the Convention on Child Rights and other international documents.

The ombudsman stressed that at the same time, the ex-president openly admitted that during the war, the Armenian armed forces, using other missile systems had been deliberately shelling civilian targets in the Azerbaijani city of Ganja, which was beyond the war zone.

“This confirms again that the strikes inflicted by Armenia with the use of prohibited weapons on the inhabited civilian areas of Azerbaijan, located far from the war zone, resulted in numerous casualties. As a result, 94 civilians were killed, including 12 children, and 414 were injured, of whom 54 were children, and four children lost both parents,” she said.