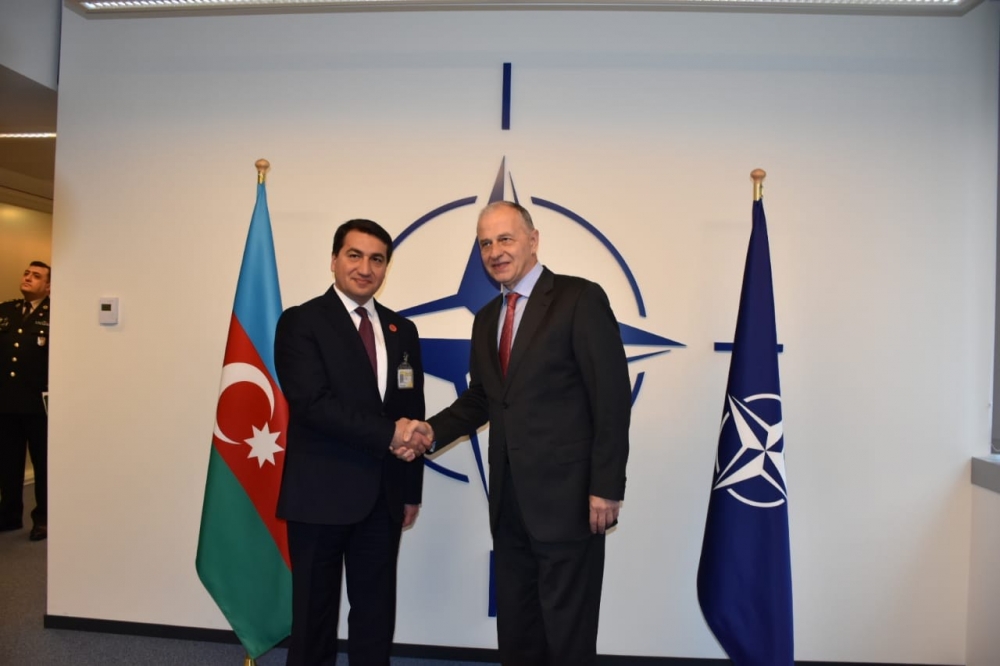 Assistant to the President of Azerbaijan, Head of the Department of Foreign Policy Affairs of the Presidential Administration Hikmat Hajiyev has visited NATO Headquarters in Brussels, Belgium.

Hikmat Hajiyev met with NATO Deputy Secretary General Mircea Geoană and held discussions with the NATO Allies in “29 + 1” format. During the discussions, the sides exchanged views on the Azerbaijan-NATO partnership, the settlement of the Armenia-Azerbaijan conflict, regional security and other issues of mutual interest. Hikmat Hajiyev highlighted the ongoing reforms under the leadership of President Ilham Aliyev.

The NATO countries have highly appreciated Azerbaijan’s active involvement in the Partnership for Peace initiative, the country`s contribution to NATO-led operations and its progress in enhancing interoperability and defence reforms.

Presidential Assistant Hikmat Hajiyev’s visit to NATO HQ coincided with the 30th anniversary of the 20 January tragedy. He highlighted the significance of this event in the history of Azerbaijan. NATO officials and member states expressed their solidarity with the Azerbaijani people and paid tribute to martyrs.