Azerbaijan among largest investors in Georgia 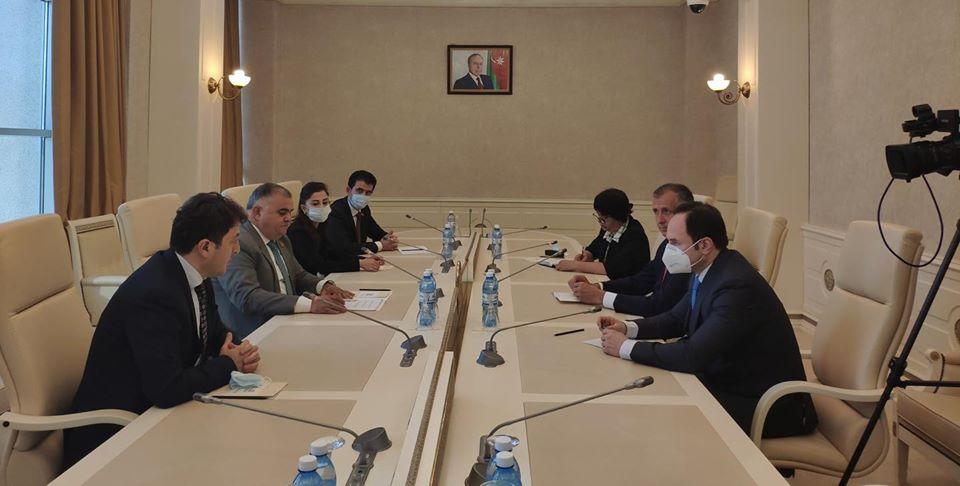 Georgian Ambassador to Azerbaijan Zurab Pataradze has said that Azerbaijan is one of the largest investors in Georgia, adding that his country seeks to expand cooperation with Baku in various spheres in the future.

Pataradze made the remarks during the meeting with members of the Azerbaijani-Georgian working group on interparliamentary relations held on 11 June.

During the meeting, MP Arzu Naghiyev noted that Azerbaijan’s cooperation with Georgia on political, economic and humanitarian areas is developing, adding that mutual visits play an important role in this.

Touching upon the strategic partnership, Naghiyev noted that the current joint projects between the two countries have lifted the partnership into a new level.

Furthermore, Naghiyev spoke about the legislative process of the parliament and reforms implemented by the president in the country.

Reminding that around 20 per cent of Azerbaijan’s territories have been occupied by Armenia, he emphasized that Azerbaijan supports the settlement of the Nagorno-Karabakh conflict within the framework of the international law.

During the meeting, the members of the Azerbaijani-Georgian working group on interparliamentary relations, Amina Aghazade, Mazahir Afandiyev, Nagif Hamzayev and Tural Ganjaliyev, exchanged the views on the development of the bilateral cooperation between the two countries with the Georgian envoy.