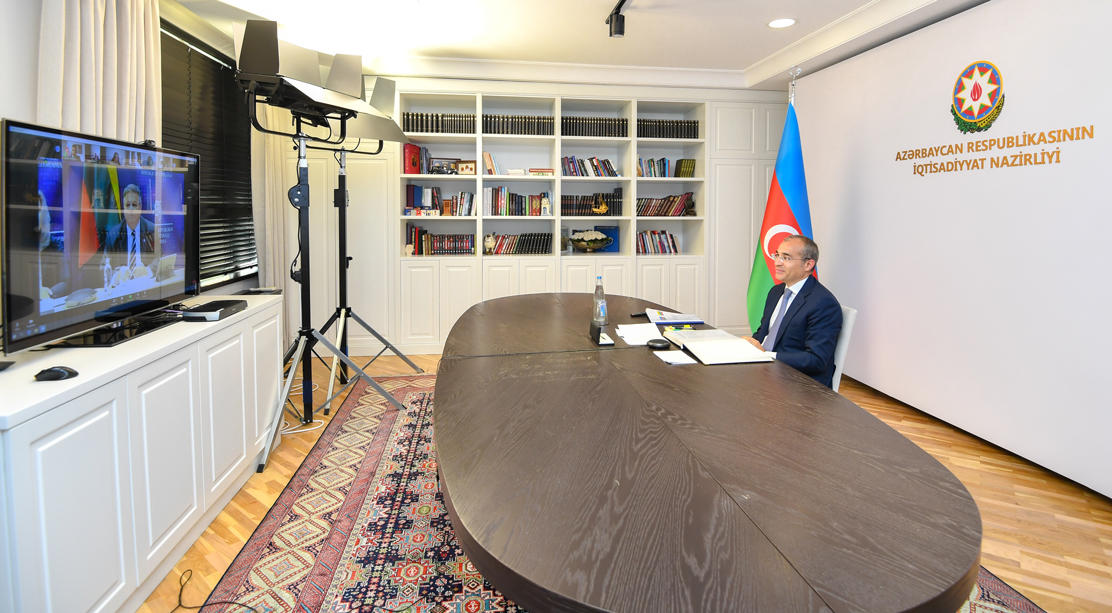 The two countries have signed about 40 documents in various spheres, including mutual protection and promotion of investments, as well as elimination of double taxation.

Moreover, mutually beneficial relations in such fields as investment, trade, agriculture, energy, information technology, tourism and culture have been developed, Jabbarov said during the meeting.

Jabbarov emphasized that both countries have the potential to develop cooperation in industry, logistics, small and medium business, innovation and digitalization, agriculture and tourism.

During the meeting, it was noted that the Intergovernmental Commission promotes the deepening of bilateral trade- economic relations, supports the implementation of projects in different spheres.

Additionally, in construction, trade, banking and insurance sectors of Azerbaijan there are 17 companies with Lithuanian capital.

Furthermore, minister underlined Lithuania’s support in expanding cooperation between Azerbaijan and EU, especially under the Eastern Partnership Program, noting that Azerbaijan highly appreciates the technical and advisory support of Lithuanian institutions in the projects and initiatives implemented within the Mobility Partnership Declaration, signed with the EU in 2013.

Touching upon the negative effects of coronavirus pandemic, minister stated that these effects did not bypass Azerbaijan’s economy. Furthermore, he spoke of measures of social and economic support, new mechanisms for entrepreneurship development, an electronic credit platform, tax benefits and work to improve investment attractiveness, reminding that earlier this year it was decided to establish a branch of the 4th Industrial Revolution Center of the World Economic Forum in Azerbaijan.

In turn, Foreign Minister of Lithuania Linas Linkevius stressed the importance of cooperation and expanding economic ties with Azerbaijan, noting that November 2020 will mark the 25th anniversary of the establishment of diplomatic relations between the two countries.

Minister also informed about the measures taken by the country to eliminate the negative consequences of the pandemic.

Directions for expanding trade and economic cooperation were also discussed during the online meeting.

Following the meeting, a protocol was signed on the results of the 6th meeting of the Intergovernmental Commission on bilateral cooperation.