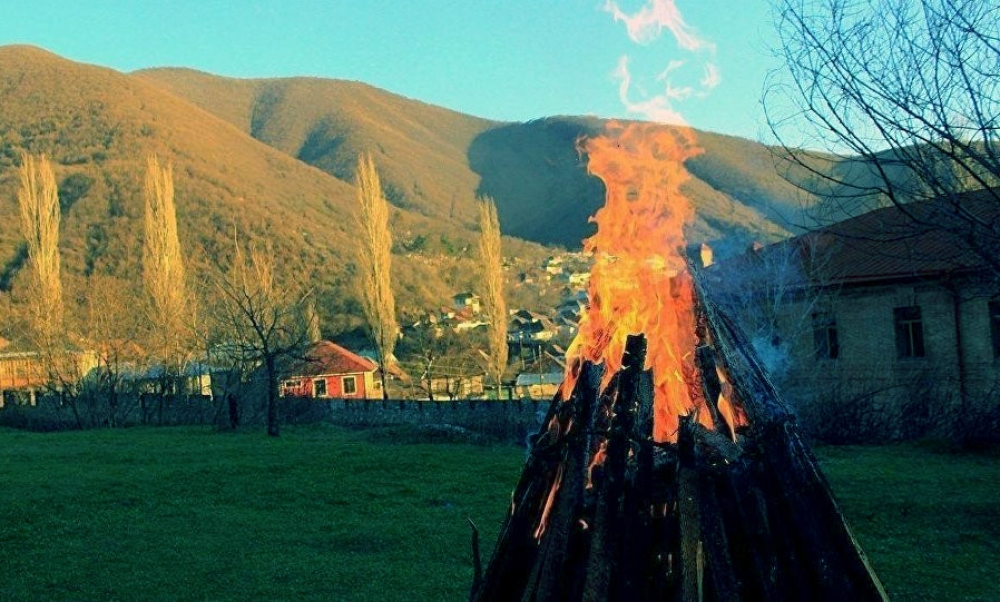 Today, Azerbaijan is celebrating Wind Tuesday, one of the four festive Tuesdays before Novruz Holiday.

Each Tuesday has its own traditions. Folk belief has it that water purifies and stirs, fire, earth and wind awaken the nature, and trees begin to blossom, symbolizing spring’s arrival.

Wind Tuesday is the time to clean your house and give soft furnishings and bedding a good airing.

On this Tuesday the soil and earth were believed to warm up and flowers to raise their heads. The cold and warm winds blowing on Wind Tuesday signal the coming spring; the slumbering wind has woken up, starts blowing and stirs water and fire. The changing nature of the wind during the day is perceived as the wind cleansing itself.

On all four Tuesdays and on the eve of Novruz, and especially on Fire Tuesday, it’s traditional to light bonfires, dance around them, and jump over them to cleanse their souls and ward off evil spirits.

Novruz holiday is one of the most important and favourite holidays of the Azerbaijani people. It marks the arrival of spring, renewal of nature, and is celebrated on the vernal equinox, March 20-21 – the beginning of the astronomical New Year.

Previous In Georgia, mayor of region densely populated by Azerbaijanis resigns
Next OSCE to hold monitoring on line of contact between Azerbaijani and Armenian troops 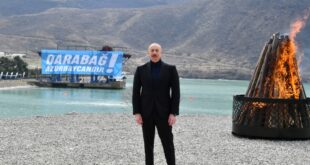 President Ilham Aliyev: I am glad and happy that we celebrate Novruz in our native land of Karabakh 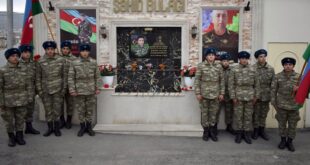