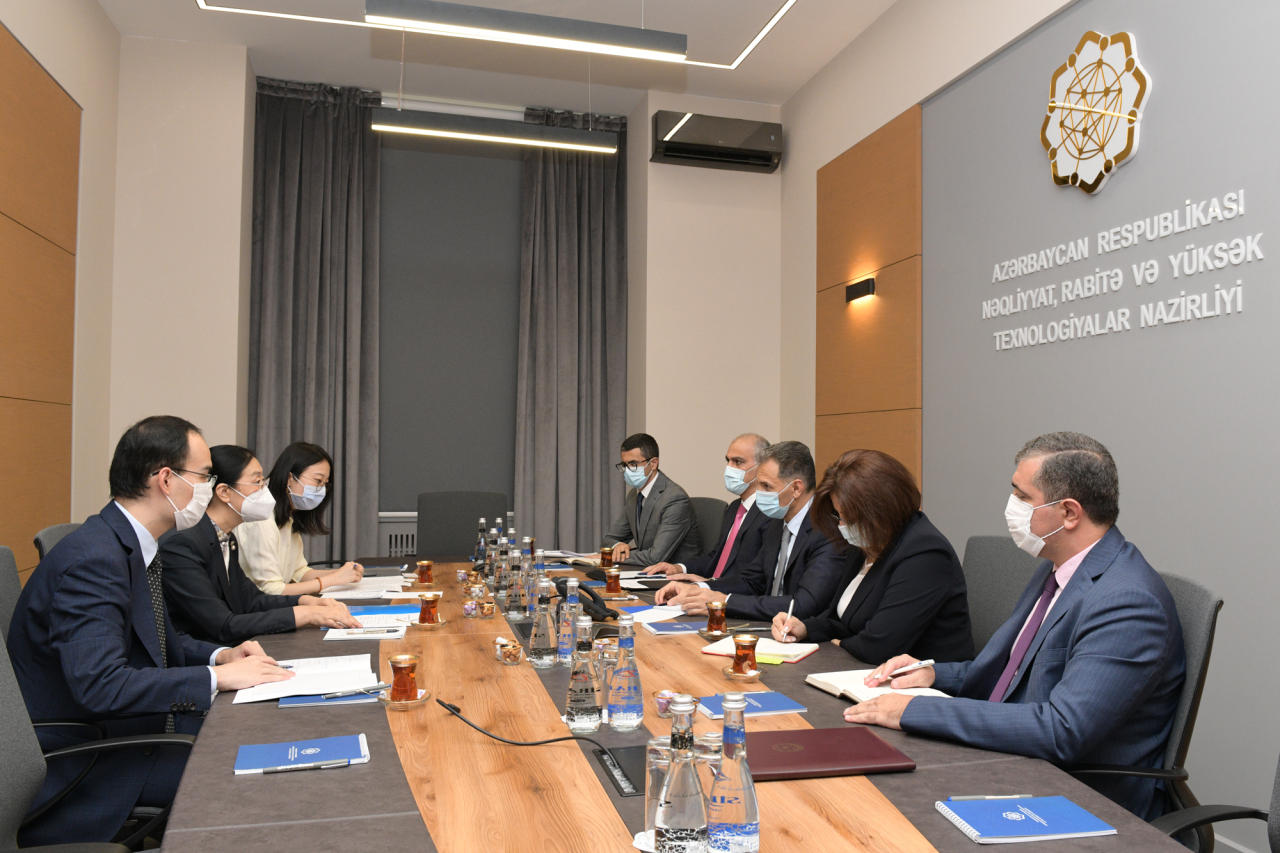 During the meeting held last week, the parties discussed increasing the attractiveness of transport corridors through Azerbaijan and improving the efficiency of the China-Europe freight express on the transit route.

Furthermore, Azerbaijan’s interest in studying the experience of Chinese companies in the field of artificial intelligence and other big data technologies, and establishing cooperation with them, was underlined during the meeting.

The ambassador emphasized China’s readiness to expand cooperation with Azerbaijan both in transport and ICT, as well as to support the strengthening of Azerbaijan’s transit capacity on the China-Europe route.

Azerbaijan has participated in a number of international exhibitions such as the China Food and Drinks Fair, TAOWINE Hotel Show exhibition and 31st International Trade and Economic Exhibition held in China this year.

Azerbaijan has a trade mission in China, three trade houses, three wine houses, three trade branches in trade networks and measures are continuously taken to develop cooperation. In addition, there are companies with Chinese capital operating in Azerbaijan and successful investment cooperation is underway. Meanwhile, negotiations are underway with China on a number of industrial projects. In addition, Azerbaijan was one of the first countries to support China’s “One Belt, One Road” initiative.