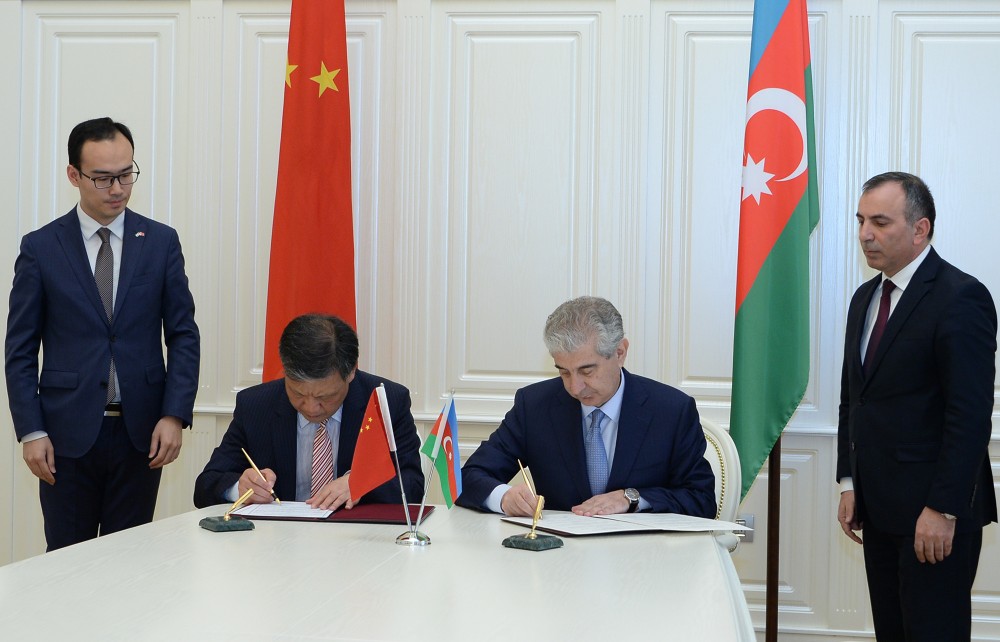 An agreement on cooperation in the field of technical assistance has been signed between the Republic of Azerbaijan and the People`s Republic of China. The document was inked by Deputy Prime Minister Ali Ahmadov and the Chinese Ambassador to Azerbaijan Wei Jinghua.

Ali Ahmadov hailed the development of cooperation between Azerbaijan and China. “China supports Azerbaijan`s territorial integrity, while Azerbaijan respects the “United-China” policy. Azerbaijan also supports the “One Belt, One Road” initiative put forward by Chairman of the People`s Republic of China Xi Jinping and is actively involved in the implementation of this project,” Deputy Prime Minister said.

Wei Jinghua described China and Azerbaijan as good friends and close partners. Recalling President Ilham Aliyev’s state visit to China in 2015, the ambassador stressed the importance of the documents signed by the two countries` leaders as part of the visit. The Chinese ambassador praised the developing cooperation between the two countries in political, economic, cultural and other areas thanks to the support of the Azerbaijani and Chinese Presidents.