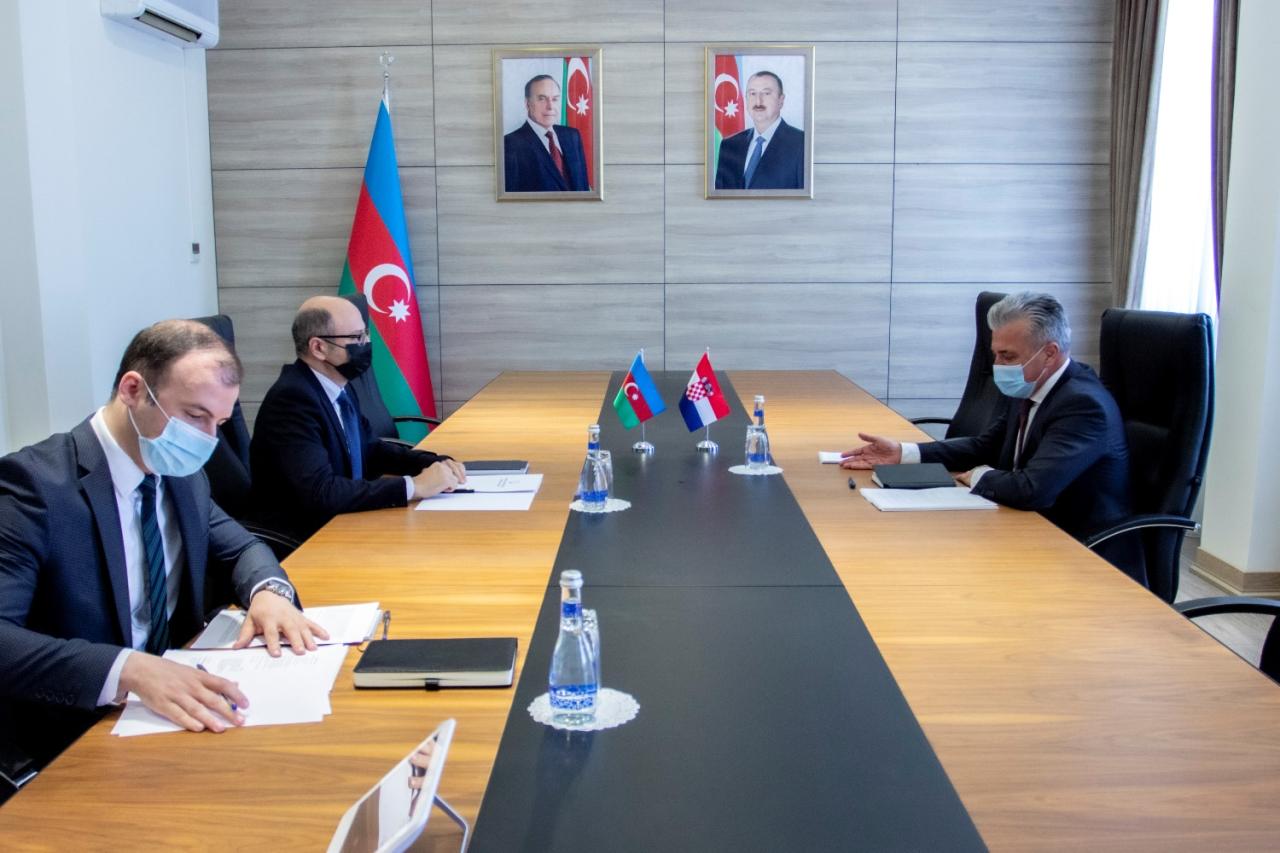 At their meeting, the two men focused on the Ionian-Adriatic Pipeline project, which is part of the Southern Gas Corridor.

The ambassador highly appreciated Azerbaijan’s continuous support for the implementation of the Ionian-Adriatic Pipeline project, in which Croatia participates.

Moreover, the parties discussed work done to establish the green energy potential in Azerbaijan. They exchanged views on other issues of mutual interest at the meeting.

The trade turnover between Azerbaijan and Croatia amounted to $473.2 million in 2020. Of the total turnover, the export amounted to $470.8 million while the import to $2.4 million.

The Ionian-Adriatic Pipeline project with a total length of 516 kilometres will stretch from Albania through Montenegro, and Bosnia and Herzegovina, to Split in Croatia. It will be connected with the Trans-Adriatic Pipeline (TAP) to ensure the supply of Azerbaijani gas to a number of countries in South-Eastern Europe. The capacity of the pipeline will amount to five billion cubic metres of gas per year.

Previous President Ilham Aliyev: The war which lasted 44 days, put an end to suffering of more than a million of Azerbaijanis
Next Russian commander: Yerevan claims on Armenian saboteurs’ return provocation