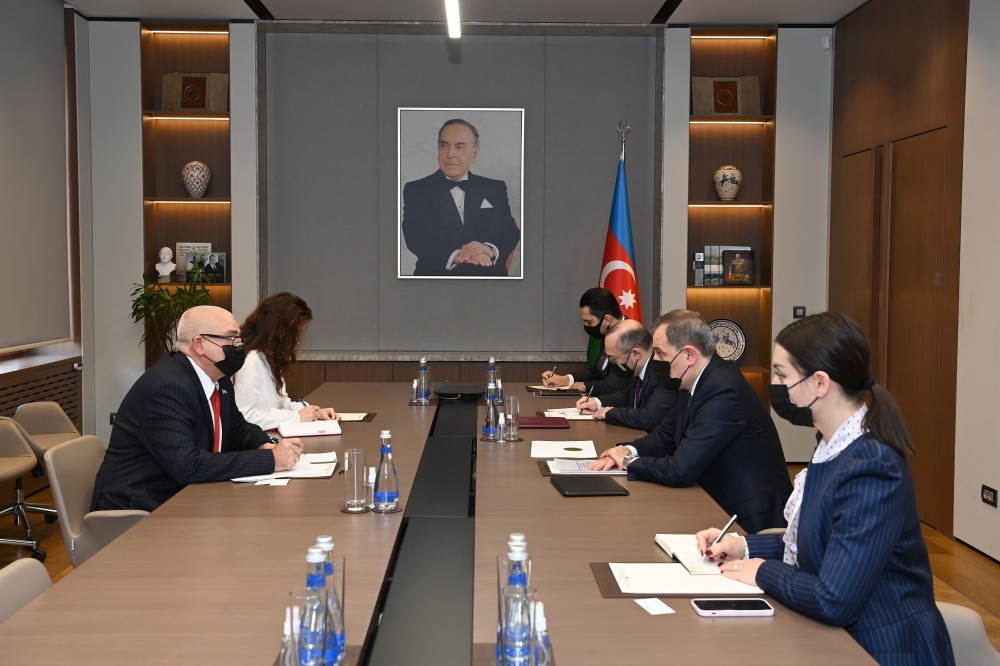 Minister Jeyhun Bayramov congratulated the ambassador on his appointment and wished him success in his future endeavors.

Emphasizing the importance of developing friendly relations between Azerbaijan and Cuba, Minister Bayramov noted with satisfaction the existing cooperation between the two countries in both bilateral and multilateral frameworks, as well as the high-level political dialogue. Noting that there are good relations not only at the official level, but also between the peoples, the FM said that there are prospects for the development of relations in many areas.

Ambassador Carlos Valdés de la Concepción thanked for the warm welcome and expressed high satisfaction with his appointment as Ambassador to Azerbaijan. The ambassador especially emphasized the cooperation between the two countries at the international level.

Recalling the visit of the Cuban President to Azerbaijan to attend the Non-Aligned Movement Baku Summit in 2019, the ambassador stressed the high level of organization and hospitality demonstrated by Azerbaijan.

The sides exchanged views on the bilateral cooperation prospects, including in health, education, tourism and other fields.

FM Jeyhun Bayramov informed the ambassador that all relevant government agencies would spare no effort to develop relations between the two countries, and the Foreign Ministry, in turn, would act as a bridge for this.