Azerbaijan discusses development of energy cooperation with Italy and Kazakhstan 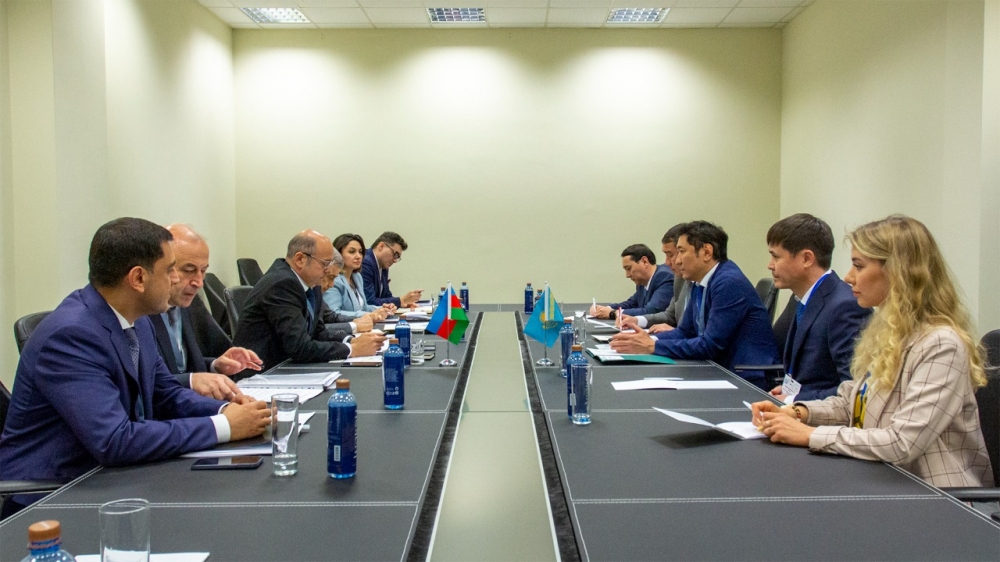 As part of the Baku Energy Week, Azerbaijan`s Energy Minister Parviz Shahbazov has met with Undersecretary of State at the Ministry of Ecological Transition of the Italian Republic Vannia Gava and Energy Minister of the Republic of Kazakhstan Bolat Akchulakov.

At the meeting with Undersecretary of State Vania Gava, the sides discussed the development of energy cooperation between Azerbaijan and Italy. The importance of the Trans-Adriatic Pipeline (TAP) was mentioned in strengthening Italy’s energy supply and its position in the European gas market.

Energy Minister Parviz Shahbazov said natural gas supply through TAP plays an important role in energy cooperation with Italy, Azerbaijan’s largest trading partner. The minister noted that by the end of the year, gas exports to Italy under short and long-term contracts were projected at 9.5 billion cubic meters, and by increasing the capacity of TAP, it is possible to supply more natural gas not only to Italy, but also to other European countries.

The sides also exchanged views on cooperation with Italian companies in the field of renewable energy, as well as support for the demining process of the liberated territories.

At the meeting with Energy Minister Bolat Akchulakov, the sides exchanged views on the bilateral cooperation between the two countries in the field of energy and the status of the energy markets. The opportunities associated with the transportation of Kazakhstan`s energy resources to the world market were evaluated. In addition to the transit of Kazakhstan`s oil and oil products through Azerbaijan, the measures taken at the level of working groups to deliver liquefied natural gas to Azerbaijan via the Caspian Sea were also discussed during the conversation.