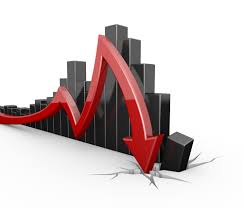 According to Fitch’s forecasts, a decline in the oil sector development that began in 2013 will continue until 2017 inclusively.
As for the non-oil sector, the Agency expects its growth of 4-5% per annum in 2016-17.

Meanwhile, in accordance with Fitch Ratings’ medium-term outlook the long double decrease of Brent crude oil price on the world market may have a negative impact on gas export project Shah Deniz 2.

The report of Fitch’s senior director on natural resources in emerging market states (EMEA) Maxim Edelson says that a decrease of 50% of the Brent price will make the economics of Shah Deniz 2 less-preferred or profitable.

A year ago Brent was traded at price of more than $100 a barrel that is twice above the average current price.
Nevertheless, Fitch’s expert is sure that until 2019-20 this price will grow up to $70-80 a barrel that will suit all oil producers in the world.

He also reminded that precisely in 2020 Azerbaijan plans to start exporting gas from Shah Deniz 2 to Europe.
As a whole, Fitch expects annual growth in total gas production in Azerbaijan, and in particular, on state producer – SOCAR expects stable gas production at the current level.

Touching the issue of the the manat devaluation impact on SOCAR, Edelson said that until the end of 2015 the adjusted net leverage of funds for operations of SOCAR will more than double, and the positive effect of US dollar-pegged operations of this state company will “materialize” over time.