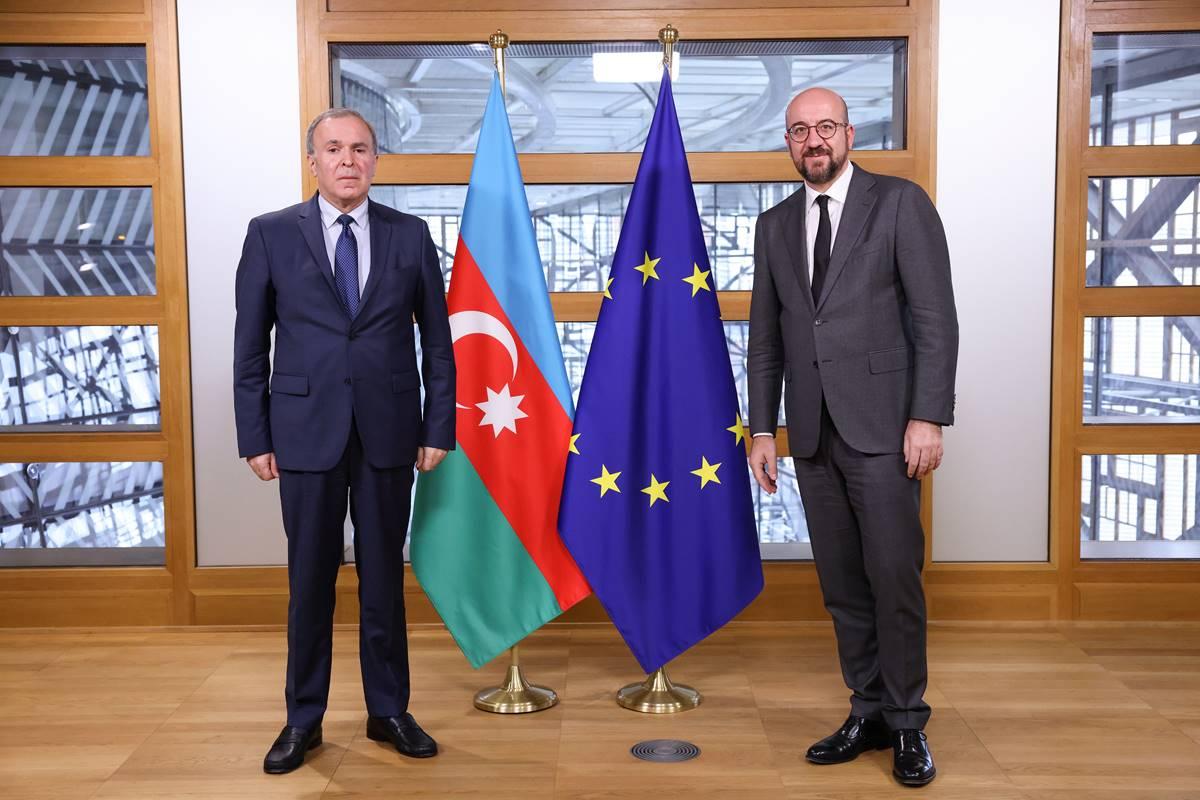 The head of Azerbaijan’s mission to the European Union (EU), Vagif Sadigov, and European Council President Charles Michel have discussed partnership and the regional situation after last year’s war with Armenia.

On 25 October 2021, ambassador Vagif Sadigov as a new head of Azerbaijan’s mission to the EU presented his credentials to Michel and the sides had a bilateral meeting following the ceremony, the mission said on October 28.

Sadigov expressed hope about the soonest resumption of negotiations on a new Azerbaijan-EU agreement, reiterating Azerbaijan’s strong willingness to make an outstanding deal based on mutual compromises.

He underlined that the Southern Gas Corridor will contribute to the mutual cooperation with the EU by delivering natural gas volumes from Azerbaijan to wider European geography.

The officials also discussed the priorities of the Eastern Partnership beyond 2020 and the implementation of the Economic and Investment Plan.

Sadigov expressed Azerbaijan’s expectations on the upcoming Eastern Partnership Summit, describing the EU as a trusted partner of the country. He also hailed the EU’s willingness to support the regional peace-building efforts.

Furthermore, he briefed Michel about the post-war situation in the region, including the large-scale reconstruction projects carried out by Azerbaijan on its liberated territories.

Sadigov highlighted the importance of Michel’s visit to Azerbaijan in July 2021 in terms of bolstering bilateral relations and strengthening dialogue on regional issues.

In turn, Michel asked the ambassador to convey his warm greetings, best wishes, and appreciation to President Aliyev, expressing his hope to see the latter in the upcoming Eastern Partnership Summit.

Michel congratulated Sadigov on his appointment and wished him success in strengthening further Azerbaijan-EU relations.