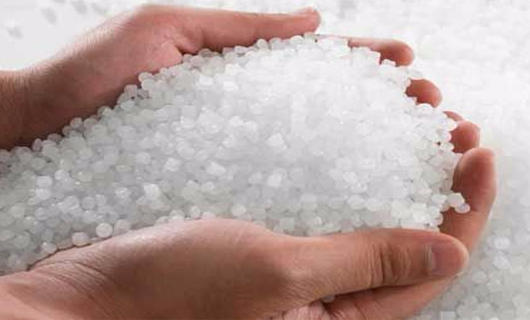 Azerbaijan boosts revenues from the non-oil sector by increasing the range of products sent to foreign markets.

In January of this year, Azerbaijan exported polypropylene worth $ 4.3 million.

This is stated in the February export review of the Center for Analysis of Economic Reforms and Communications for 2019, Report informs.

It was noted that since January 2019, exports of polypropylene produced by SOCAR Polymer occupied a special place in the structure of non-oil exports.

This industrial complex will fully meet the needs of the domestic market and export the remaining 75 percent of products to the Turkish and European markets. As a result, the export revenues of the non-oil sector of Azerbaijan will increase by 15 percent due to the SOCAR Polymer project.

The SOCAR Polymer project includes a polypropylene plant with an annual output of 184,000 tons and a plant for the production of high-density polyethylene with a capacity of 120,000 tons per year. The total capacity of the factory can reach 570,000 tons of products by 2021. During the operation period of the plants is expected to profit in the amount of $ 6.6 billion, 30 percent of which will be the net income of the company.

Opening of the polypropylene plant was held on July 18, 2018 with the participation of Azerbaijani President Ilham Aliyev and Italian President Sergio Mattarella. The plant began to export products on October 5. Initially, 170 tons of products were exported to the Turkish market.

The export is carried out by SOCAR Trading – SOCAR trading branch

SOCAR Polymer was established in July 2013 in Sumgait Chemical Industrial Park to accelerate the development of the chemical industry. The company received the status of the second resident of the park. SOCAR Polymer covers 30 hectares of the park territory.

The polypropylene product produced at SOCAR Polymer complex is exported to Turkey and Ukraine today. In the future, the product is expected to be exported to CIS and European countries.

SOCAR Polymer is the first petrochemical company in Azerbaijan based on a public-private partnership.

Such companies as Maire Tecnimont (Italy), Fluor (Netherlands), etc. are involved in the project. The project will provide for the improvement of professional skills of national engineering personnel. To achieve this goal, a single project management team has been created. Fluor organized refresher courses for national engineering and other workers in Amsterdam, Milan and Mumbai.

The total investment costs of the project are estimated at $816 million. The credit in the amount of $489 million has been allocated to SOCAR Polymer by Russian “Gazprombank” for a period of 10 years.