Home / Business / Azerbaijan exports most of its honey to Japan

Azerbaijan exports most of its honey to Japan 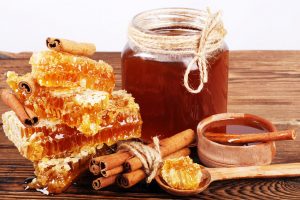 Local honey and bee products play a special role in increasing the share of Azerbaijan’s non-oil exports in the country’s foreign trade.

Last year, Azerbaijan exported 8.3 tons of honey worth $ 71,500, which is 1.8 tons more than in the previous year. In particular, 96.4 percent of exported honey accounted for Japan.

In the 10 years following the adoption of the Law on Beekeeping, honey production increased 3.5 times, and the number of bee colonies per average for each beekeeping farm increased from 11.1 to 16.4.

New methods will be implemented to increase honey production in Azerbaijan.

Productivity is expected to double as a result of the installation of mobile bee pavilions, which will be acquired for farmers in the framework of the “Project to strengthen the competitiveness of agriculture”. The use of new methods will result in 28 instead of 15 kilograms of honey from each hive.

The rich climate of subtropics, the riotous diversity of flora and the valuable qualities of local bees – these are the favorable natural conditions of Azerbaijan, which contributed to the maintenance of the centuries-old tradition of beekeeping in Transcaucasia.

During the excavation in The Azokh Cave, where one of the most ancient settlements of the primitive man was discovered, a bowl with the bee depicted on it was found, which once again proves that beekeeping has deep roots in Azerbaijan.

Honey is used in the treatment of many diseases in folk medicine as well as in our daily lives.

In 2018, 3,000 tons of honey were produced in Azerbaijan. Moreover, 65-70 percent of the country’s population is provided with honey produced in the country.

Presently, about 6,000 people are engaged in beekeeping in Azerbaijan.