Azerbaijan eyes to decrease domestic use of plastic products 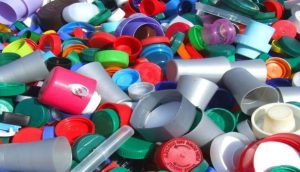 The annual volume of waste per capita in developed countries ranges within 400-500 kilograms, while in Azerbaijan, this figure is 350 kilograms, Chairman of the Board of Tamiz Shahar OJSC Etibar Abbasov said, Trend reports.

He made the remarks at the 5th Inter-Parliamentary Union Global Conference of Young Parliamentarians in Baku on Dec. 14.

He said that waste management plays a big role in protecting the environment.

He stressed that according to a UN report, eight million tons of plastic waste are thrown into the ocean annually.

“If this continues, in 2050, the plastic waste in the oceans will exceed the number of fish, which means an environmental disaster,” Abbasov added.

Abbasov also said the Ministry of Ecology and Natural Resources of Azerbaijan is looking for options to decrease the use of plastic bags.

“There are plans to gradually decrease the domestic use of these products,” said Abbasov. “In this regard, proposals were put forward to make the appropriate changes in the legislation.”