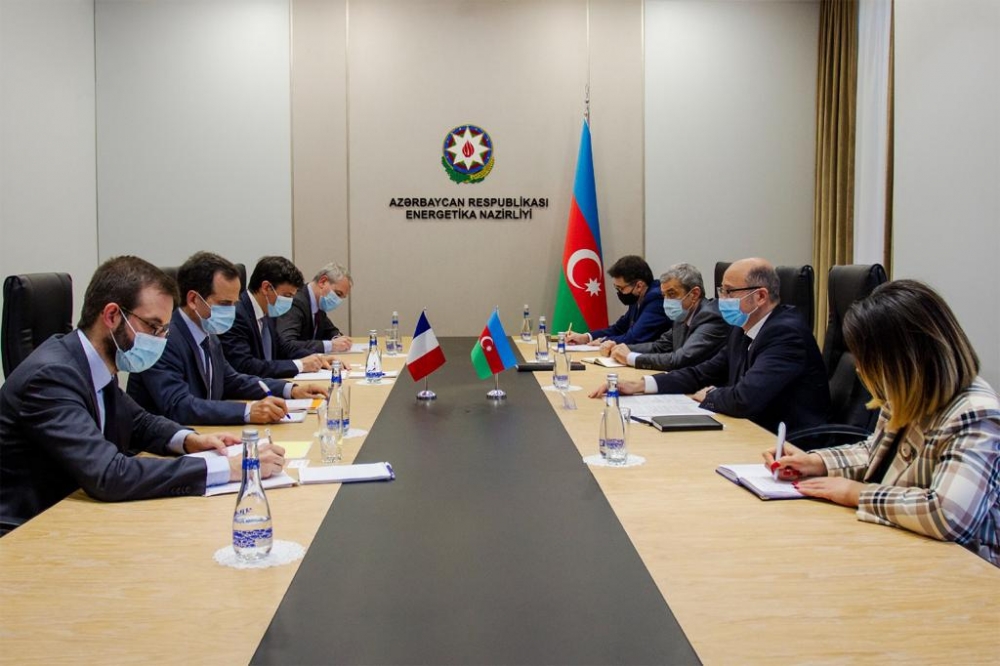 Azerbaijan’s Energy Minister Parviz Shahbazov has met with representatives of the French Ministry for Europe and Foreign Affairs and Executive Vice President of ENGIE and President of the Eurogas International Association Didier Holleaux.

During the meeting, the sides exchanged views on the issues on the global energy agenda, expansion of the Southern Gas Corridor and the export opportunities of green energy to Europe.

The Energy Minister Parviz Shahbazov highlighted the volumes of Azerbaijani gas exported to European countries through the Southern Gas Corridor, as well as the prospects for increasing the transmission capacity of TANAP and TAP projects, and noted his views on the issues that will ensure the expansion of the project. He noted that Azerbaijan has gas resources that can provide itself and its partners for a long time. Practical steps should be taken on the basis of multilateral cooperation and joint efforts for the extraction and export of these resources by improving the existing infrastructure.

At the same time, it was noted that with the commissioning of the currently implemented 470 MW wind and solar power plants, 330 million cubic meters of natural gas to be saved per year, as well as green energy can be exported to European countries thanks to 7.2 GW capacity of the Caspian Sea wind energy to be implemented by 2036.

During the conversation, they hailed the great potential for the continuation of long-term cooperation with France in the gas sector in the field of renewable energy. The sides also reviewed issues arising from Azerbaijan’s participation in regional energy cooperation.