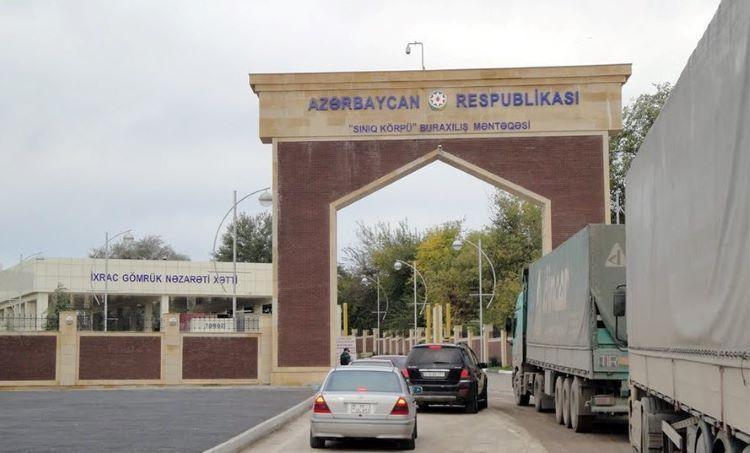 In line with the new temporary rules applied by Azerbaijan, all checkpoints on the Georgian customs border (Red Bridge, Lagodekhi, Samtatskaro and Mtkvari) will be closed for individuals for two weeks as of April 7, Georgian media reported citing the Georgian Department of Revenue.

This applies to Georgian citizens and foreigners, as well as passenger cars.

As well as it is mentioned that the movement of vehicles (including transit vehicles and rail freight) from all customs checkpoints on the Georgian-Azerbaijani border continues 24 hours a day in accordance with a protocol developed as part of preventive measures against the spread of COVID-19 infection.

At the same time, during this period, the necessary corridor was provided for the mutual return of the citizens of Azerbaijan and Georgia to their countries

Besides it on March 23, it was reported that by a decision of the Interagency Coordination Council for preventing the spread of coronavirus, led by the Georgian Prime Minister Georgi Gakharia, from March 26, individuals were allowed to cross the Georgian-Azerbaijani border from 10:00 to 18:00 and only through one customs checkpoint with Azerbaijan – The Red Bridge.

On March 21, Georgia declared a state of emergency until April 21 to prevent the spread of coronavirus.

For the duration of the emergency, the air, land and sea borders of Georgia are closed to passengers. It is possible to transport goods, as well as receive Georgian citizens who intend to return home.

Based on the provided information by the Georgian National Center for Disease Control, the number of confirmed cases of novel coronavirus (COVID-19) increased up to 208 in Georgia on April 8.

According to the official data, 46 patients have fully recovered from the virus. Three people died of COVID-19 in the country.

Meanwhile, within the framework of measures taken against the spread of the coronavirus pandemic (COVID-19) in Azerbaijan, effective April 5-April 20, entry and exit to the territory of the country by land and air were completely suspended, except for transportation cargo.