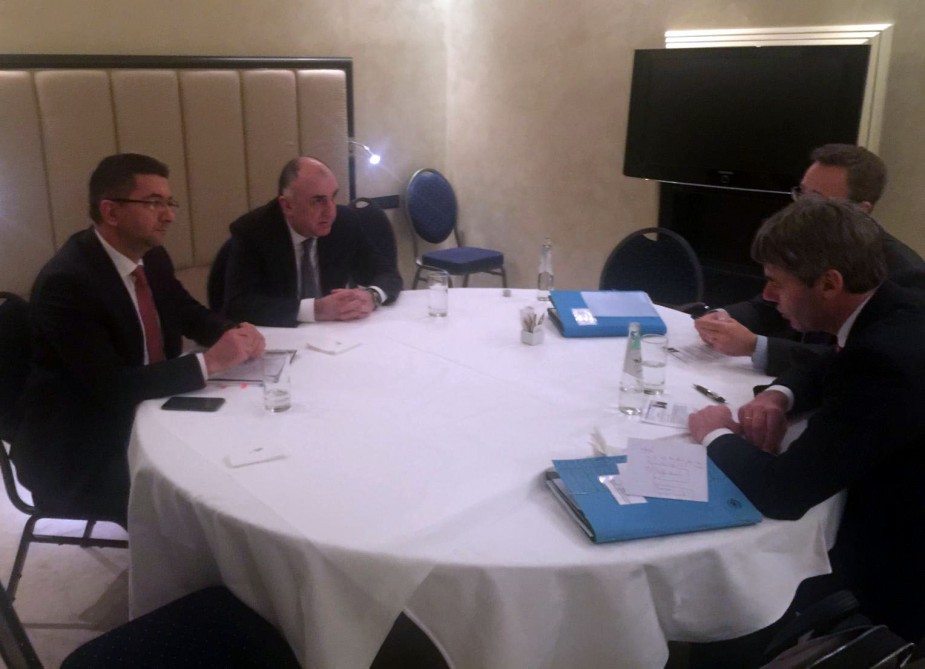 Azerbaijan`s Foreign Minister Elmar Mammadyarov has met with the Foreign and Security Policy Adviser to the German Federal Chancellor Jan Hecker on the sidelines of the Munich Security Conference.

They discussed the agenda of Azerbaijan-Germany cooperation. The two hailed the bilateral relations between the two countries.

Mammadyarov highlighted the current state of the negotiations to resolve the Armenia-Azerbaijan Nagorno-Karabakh conflict. He described the dispute as a major threat to peace and security in the region.