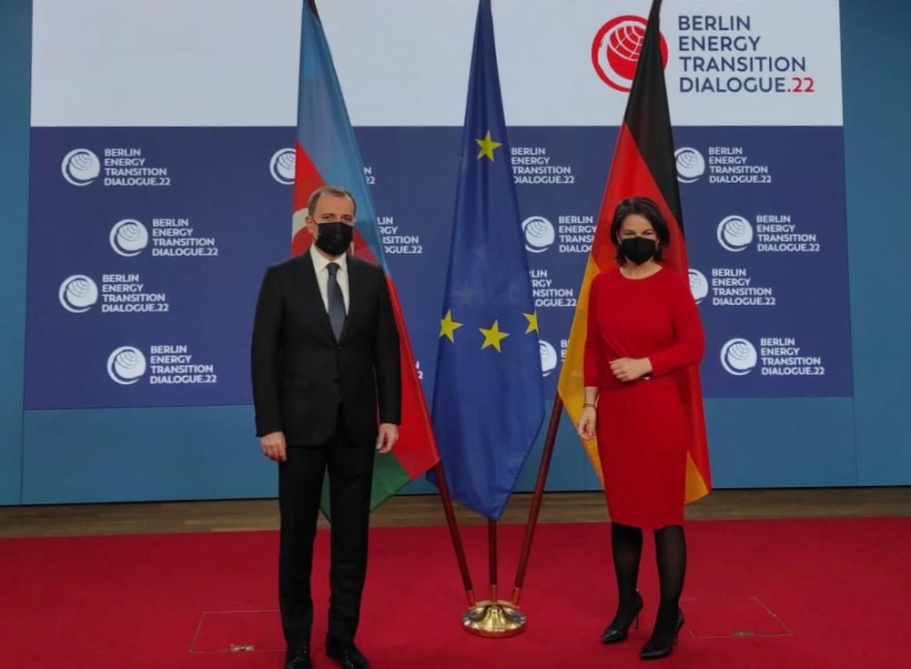 At the meeting, the sides exchanged views on the development of bilateral relations, energy cooperation, regional security issues, including cooperation with the European Union (EU).

They noted that this year marks the 30th anniversary of the establishment of diplomatic relations between the two countries, and hailed the high level of bilateral relations.

Minister Jeyhun Bayramov gave information about the latest situation in the region, issues related to the implementation of trilateral statements, restoration and reconstruction work in the region, and he also shared Azerbaijan’s views on the normalization of relations between Azerbaijan and Armenia. He described Azerbaijan as a reliable partner of the EU, saying that the country plays an important role in Europe’s energy security.

The sides also exchanged views on other issues of mutual interest, regional and international security issues, including the situation in Ukraine.