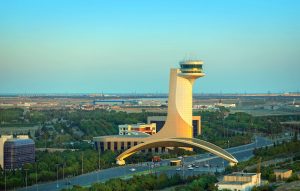 According to the Eurocontrol’s report, a significant increase in air traffic is expected in European airspace. By 2040, it will reach 16.2 million annual flights, compared to 11 million in 2018. To regulate such a large flow, European organizations recommend starting development of a harmonized plan of actions to increase airspace capacity, introduce modern technologies of air traffic control automation, and ensure the required number of air traffic controllers.

Due to the country’s strategic location and modern air navigation equipment, Azerbaijan’s airspace is becoming increasingly important for Europe. The increase in air flow through Azerbaijan in 2018 hit 9 percent, while the annual growth in Europe is 4 percent on average.

For the country, this means not only economic, but also strategic benefit, as AZANS acts as a guarantor of air traffic safety of the European sky.