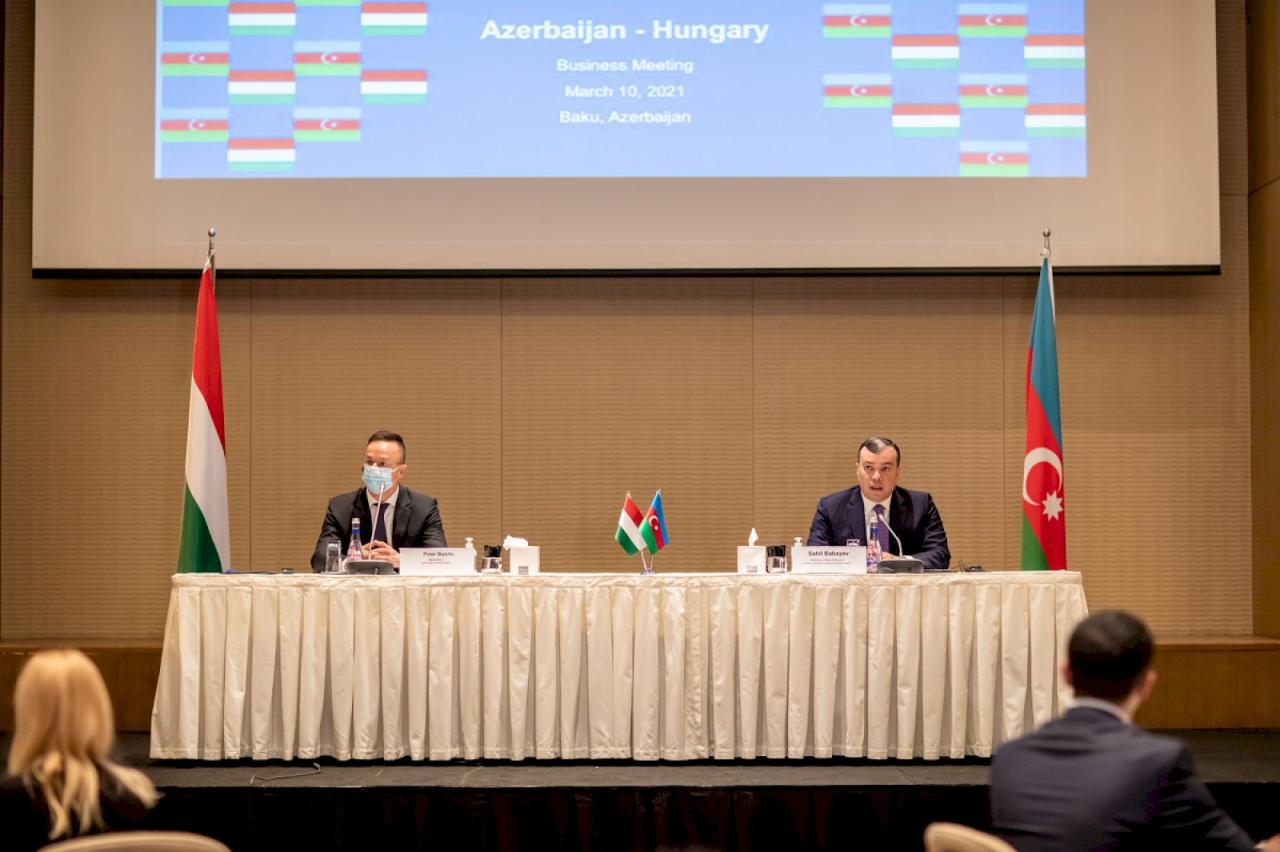 Azerbaijan increased the volume of trade turnover with Hungary by 9 percent in 2020, including increase in imports by 8 percent and exports by 60 percent, Labor and Social Protection Minister Sahil Babayev has said.

Addressing the meeting with Hungarian Foreign and Trade Minister Péter Szijjártó and Hugarina businessmen on March 10, Babayev noted that there are 19 Hungarian companies operating in Azerbaijan and that the relations between the two countries are developing every year.

The two countries are cooperating in the fields of transport, trade, agriculture, construction and there is potential to expand these relations, he said.

Furthermore, the minister expressed satisfaction that Hungarian companies will participate in the large-scale construction work that have started in Azerbaijan’s liberated territories following the country’s victory in the Second Karabakh War. The parties exchanged views on further cooperation with Hungarian companies and reconstruction projects of Azerbaijan’s liberated territories.

Babayev underlined that the “Joint Declaration on Strategic Partnership between Azerbaijan and Hungary” adopted by the heads of the two countries provided an opportunity to expand mutual cooperation. He noted that the activities of the Intergovernmental Commission also serve for further expansion of economic relations.

Babayev and Szijjártó also held one-on-one meeting on March 10 to discuss Hungarian companies’ involvement in the restoration of liberated lands. It was noted that Hungary’s EXIM Bank has opened a $100 million credit line for Hungarian companies intending to participate in the reconstruction program. In addition, Hungary has allocated a grant of € 25,000 ($30,330) for demining activities on these territories.

The sides stressed that Hungary’s support for Azerbaijan during the war and the readiness of Hungarian companies to join the construction work in the liberated territories indicate the development of friendly relations and economic cooperation between the two countries.

Speaking about the economic relations, the sides stressed the importance of business forums, business meetings held in Baku and Budapest as well as the opening of the Azerbaijan House in Budapest in the past.

Moreover, the parties discussed the current state and prospects of relations, mutual investments in energy, transport and tourism, agriculture, education, among other things.