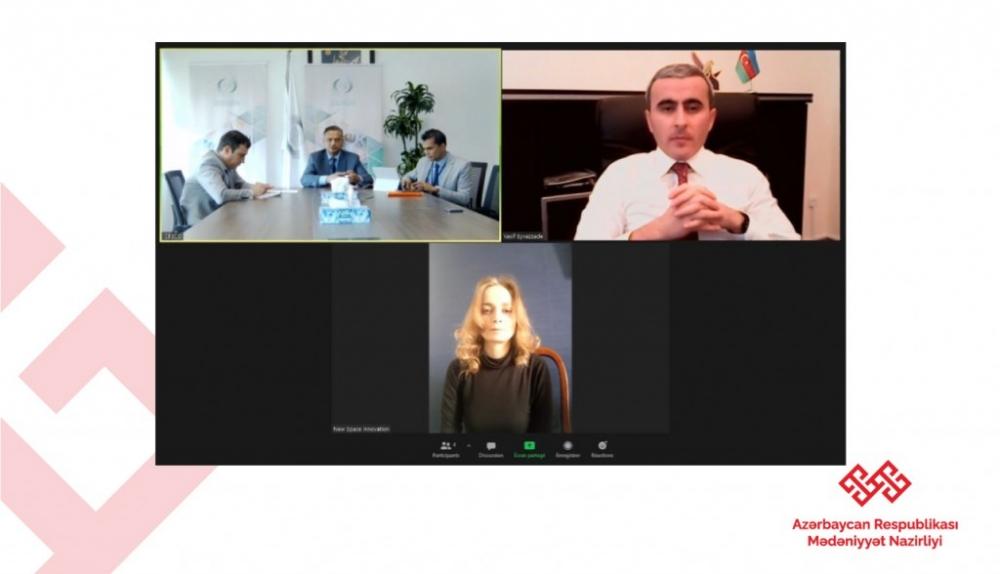 The Islamic World Educational, Scientific, and Cultural Organization (ICESCO) and the Azerbaijan National Commission for Education, Science, and Culture have discussed prospects of cooperation in science and technology.

The meeting was attended by Secretary-General of the Azerbaijani National Commission for Education, Science, and Culture Vasif Eyvazzade, a member of the Comission Leyla Taghizade, head of the ICESCO Sector of Science and Technology Raheel Qamar and many others.

The sides considered a training program in Baku in July 2021, consisting of a three-day boot camp to train young people on ways to set up and develop small businesses in the field of technology and innovation.

The program will also feature an accelerated six-week course where the beneficiaries will apply their training in starting up their own projects. The program will start in Azerbaijan in cooperation with the Azerbaijani ministries of Agriculture, and Transport, Communications and High Technologies, to be later implemented in 10 other countries.

The visit of the ICESCO delegation to Azerbaijan early in January was an important step in this direction. Moreover, ICESCO has proposed to declare Shusha as the capital of the Islamic world.

ICESCO is also one of the main partners of the Baku Process initiated by President Ilham Aliyev and adopted by the United Nations. The organization has been an official partner in the 5th World Forum on Intercultural Dialogue held in 2011.

The organization will also assist Azerbaijan in the restoration of monuments destroyed as a result of Armenian aggression. Training courses will be organized for specialists in this field.

Previous Baku, Islamabad mull military cooperation, Karabakh
Next Leyla Abdullayeva: If Armenian Foreign Ministry wants to present what it hears in the way it wants, it is already an indication of their malicious intentions