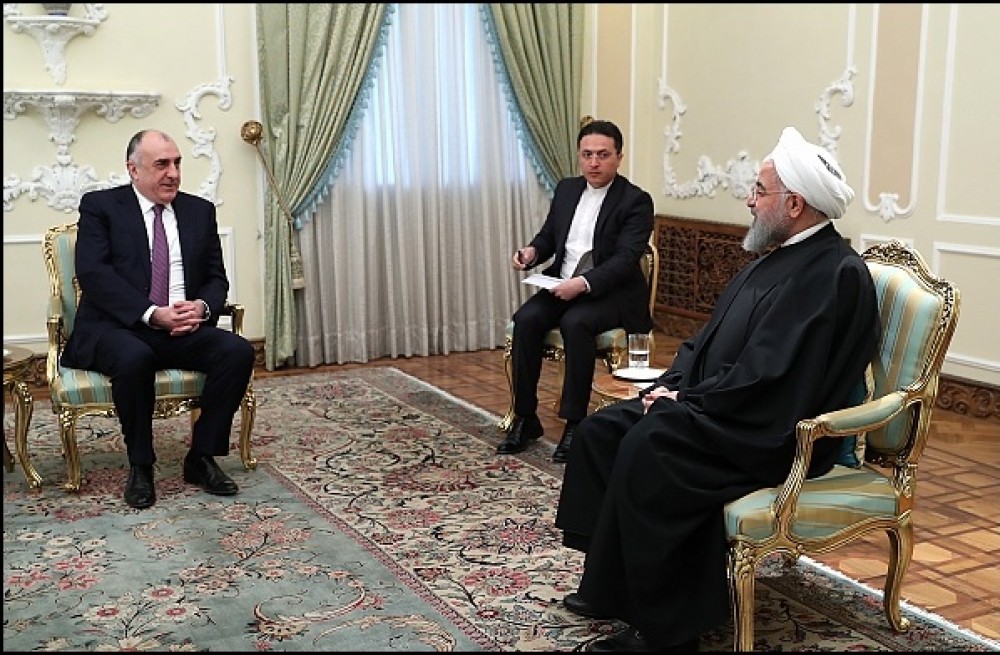 Azerbaijan`s Foreign Minister Elmar Mammadyarov has met with President of the Islamic Republic of Iran Hassan Rouhani as part of his official visit to Tehran.

FM Mammadyarov conveyed greetings of President of the Republic of Azerbaijan Ilham Aliyev to Hassan Rouhani.

Minister Mammadyarov congratulated the Iranian side on the opening of the Rasht-Gazvin railroad. The Iranian President expressed his gratitude for participation of the high level delegation from Azerbaijan at the event dedicated to the commissioning of the railroad.

The sides exchanged views on the economic projects on the bilateral agenda. They hailed the development of cultural, political and economic relations between the two countries.

President Hassan Rouhani praised the development of ties between Iran and Azerbaijan. He stressed that all branches of government in Iran support the development of relations with Azerbaijan. President Rouhani expressed their support to the settlement of the Armenia-Azerbaijan Nagorno-Karabakh conflict by peaceful and diplomatic negotiations based on the territorial integrity and inviolability of borders of Azerbaijan.

Elmar Mammadyarov presented a letter of the Azerbaijani President to Hassan Rouhani inviting him to the Summit of the heads of states and government of the Non-Aligned Movement to be held in Baku on October 25-26. President Hassan Rouhani accepted the invitation with great pleasure.