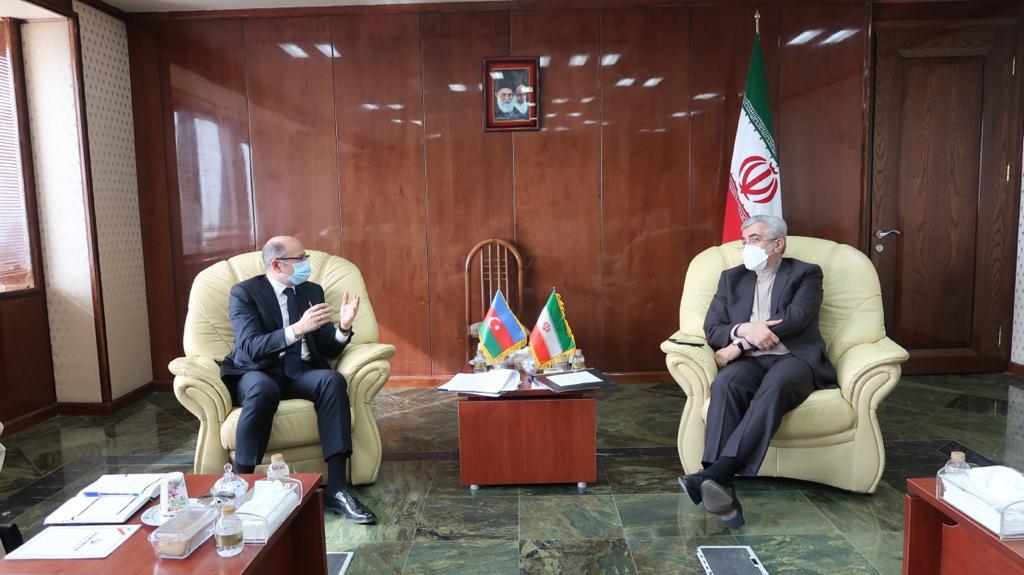 Cooperation in the energy field between Azerbaijan and Iran was discussed during the meeting between Energy Ministers of two countries Parviz Shahbazov and Reza Ardakanian.

The meeting took place during the visit of Azerbaijan delegation to Iran.

During the meeting, the parties discussed energy cooperation between two countries and exchanged views on the steps that needed to be taken to accelerate the ongoing projects.

The work done on the project to connect the energy systems of Azerbaijan, Iran and Russia, and the preparation of the feasibility study of the project by the invited consulting company was reviewed.

The parties also mulled electricity trade between Azerbaijan, Iran and Turkey, noting the importance of cooperation in this format.

The ministers talked about the construction of Khudaferin and Maiden Tower hydro junctions and hydropower plants on the Araz river, and Ordubad and Marazad hydroelectric plants within the framework of agreements signed between the two countries.

Furthermore, the ministers underlined the importance of completing the construction of the plants and hydroelectric facilities and mulled the next steps to be taken in this direction, including meetings of commissions and working groups established to implement the projects.

Export of electricity from Azerbaijan to Iran, construction of a power plant in Azerbaijan on the border with Iran to generate electricity using Iranian gas, and the transmission of electricity produced at that plant to Iran and third countries were discussed at the meeting.

In the meantime, the parties also exchanged views on the participation of Iranian companies in restoring electricity supply in Azerbaijan’s liberated territories.

During the visit, Azerbaijan Energy Minister also met with Iranian Oil Minister Bijan Namdar Zangeneh where Shahbazov expressed his gratitude for the effective and reliable cooperation within the framework of the Natural Gas Exchange Agreement of 2004 to meet the natural gas needs of the Nakhchivan Autonomous Republic.

The parties discussed the state of cooperation under OPEC+ agreement and the development of the oil market. The importance of taking a unified position in the process of stabilizing oil prices and the fact that the stability of the oil market requires long-term regulation of production were noted during the meeting.

The parties also exchanged views on the construction of a power plant using Iranian gas on the border with Iran.

Earlier on December 14-16, the progress on construction of HPPs between Azerbaijan and Iran was discussed during the meeting of the relevant Technical Commissions in the Nakhchivan Autonomous Republic.