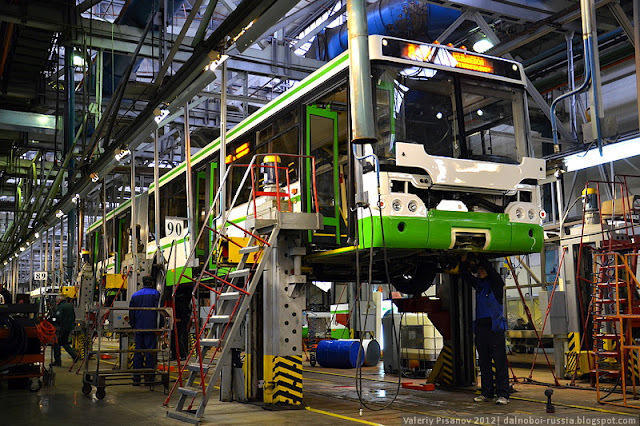 The intensification of economic relations between Azerbaijan and Iran helps to achieve real results. The local auto making industry has already seen the practical outcome of this fruitful cooperation.

Azerbaijan-Iran Business and Investment Forum was held in Baku on March 14.

Speaking at the event, Minister of Economy Shahin Mustafayev said that Azerbaijan-Iran relations are developing dynamically every year.

The minister also underlined that this cooperation has been developing in many areas, including transport, transit, agriculture and tourism, and favorable conditions have been established for businessmen.

Mustafayev said that Azerbaijan and Iran will sign an agreement on the establishment of a joint venture for the production of Scania buses in the Hajigabul industrial quarter.

The minister recalled that the country already has a joint automobile factory Khazar, which has produced more than one thousand cars since the start of operations. Most of the cars produced have already been sold.

The joint Azerbaijani-Iranian plant Khazar in the Neftchala industrial park opened on March 29, 2018, during a two-day visit of Iranian President Hassan Rouhani to Azerbaijan.

Speaking about the trade relations of the two countries, the minister noted that the trade turnover of Azerbaijan and Iran increased by 74 percent last year.

Mustafayev also touched upon the cooperation of the two countries in the field of transport. Minister particularly noted that the North-South international transport corridor is of high importance in relation to two countries. Last year, the freight traffic on this route increased by more than ten times.

“This shows that relations between the two countries are at a high level. Our relations in the areas of transport, industry, agriculture, tourism, transit traffic are extensive and of regional importance,” the minister added.

Minister of Economic Affairs and Finance of Iran Farhad Dejpasand noted that Azerbaijan and Iran have great potential for expanding ties in the field of water and air transport.

Dejpasand stressed that Iranian market is fully open for Azerbaijani investments. He noted that the best option for expanding cooperation between the two countries is to create joint ventures.

Noting that the trade turnover between the countries increased by 74 percent in 2018, the minister added that there is great potential for the development of these ties.

Dejpasand underlined that relations between Iran and Azerbaijan are developing at a very high level, today there is also the possibility of cooperation in the financial and banking sectors.

The Azerbaijani-Iranian relations have developed and reached a new stage over the past four years as a result of mutual efforts.

So far, more than 150 documents have been signed between our countries. More than 1000 Iranian companies registered in Azerbaijan in industry, construction, services, communications, trade, transport, agriculture and other spheres. Iranian investments in Azerbaijan reached $3.4 billion.

According to the State Customs Committee of Azerbaijan, trade with Iran in 2018 amounted to $446 million, $31.23 million of which accounted for the export of Azerbaijani products to Iran.

Iran sees Azerbaijan as a hub to reach larger regional markets. The cooperation on transportation between Iran and Russia through Azerbaijan is crucial in the realization of the International North-South Transport Corridor project.

The railway between Astara regions of Azerbaijan and Iran has been completed. The foundation of the Rasht-Astara railway is not yet laid. On March 6, 2019, the opening ceremony of the Qazvin-Rasht railway was held in Iran’s Gilan Province.