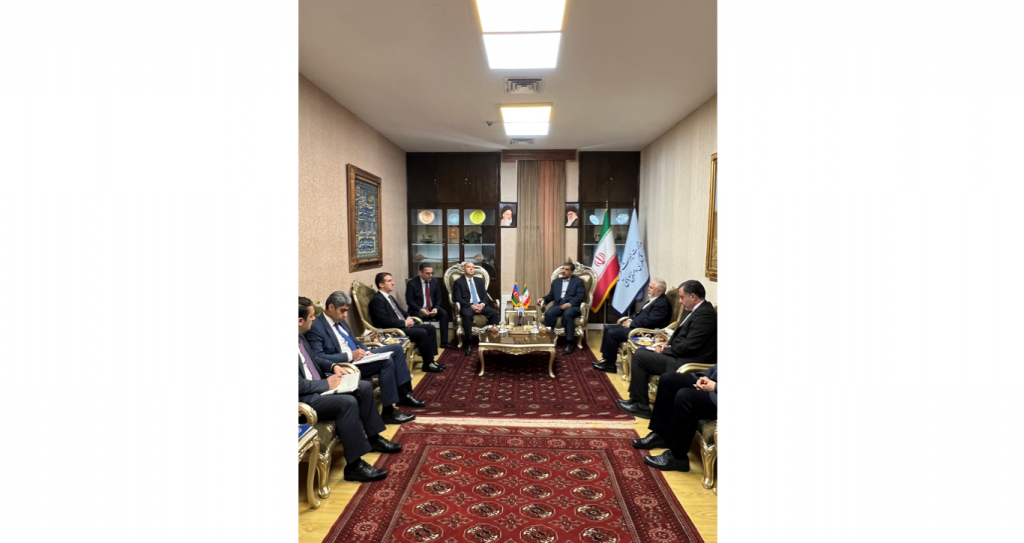 The Azerbaijan culture minister briefed the Iranian minister about Armenian vandalism. During the Armenian occupation, the Islamic heritage was severely damaged in Azerbaijan. Over 80 mosques were destroyed. Mosques were even used as a stable for keeping animals.

Anar Karimov said that Azerbaijan now focuses on the restoration of the liberated territories and expressed his hope that Iran would support these processes in order to demonstrate Islamic solidarity.

In his remarks, Ezzatollah Zargham expressed interest in expanding cooperation with Azerbaijan in the field of protection of cultural heritage and strongly condemned the demolition of mosques.

The Iranian minister of cultural heritage, handicrafts, and tourism said that his country is determined to continue successful cooperation in the field of intangible cultural heritage within UNESCO.

The sides also stressed the importance of joint cooperation for the inclusion of the Khudafarin Bridge in the UNESCO World Heritage List of the two countries.

It was noted that Baku and Tehran are expected to agree to sign a memorandum of understanding for this purpose.

At the same time, Azerbaijan and Iran agreed to jointly study Nizami Ganjavi’s legacy. Nizami’s poetry has become an integral part of the spirituality of the Azerbaijani people. His works had a strong impact on the development of the literature of the peoples of the Caucasus and the Middle East.

The rare manuscript copies of his works are kept and preserved like precious pearls in famous libraries, museums, and literary foundations in cities such as Moscow, St. Petersburg, Baku, Tashkent, Tabriz, Tehran, Cairo, Istanbul, Delhi, London, Paris, and others.

In Khamsa (Quintet), the poet revealed the living pages of history. The attack of the Russians on Barda city, a fairy tale of the Russian Princess, the beautiful Shirin amazons, battles, described in various poems of Nizami – all this is historically and geographically related to medieval Azerbaijan and the Caucasus.

The description of a man’s inner world, his feelings, and thoughts along with the dynamic development of the main hero’s characters underlie the basic aim and content of Nizami’s literary school.

Previous Azerbaijani products on display at international exhibition in China
Next Azerbaijan, Bulgaria can play leading role in promoting cargo transportation between Europe and Asia – Ambassador