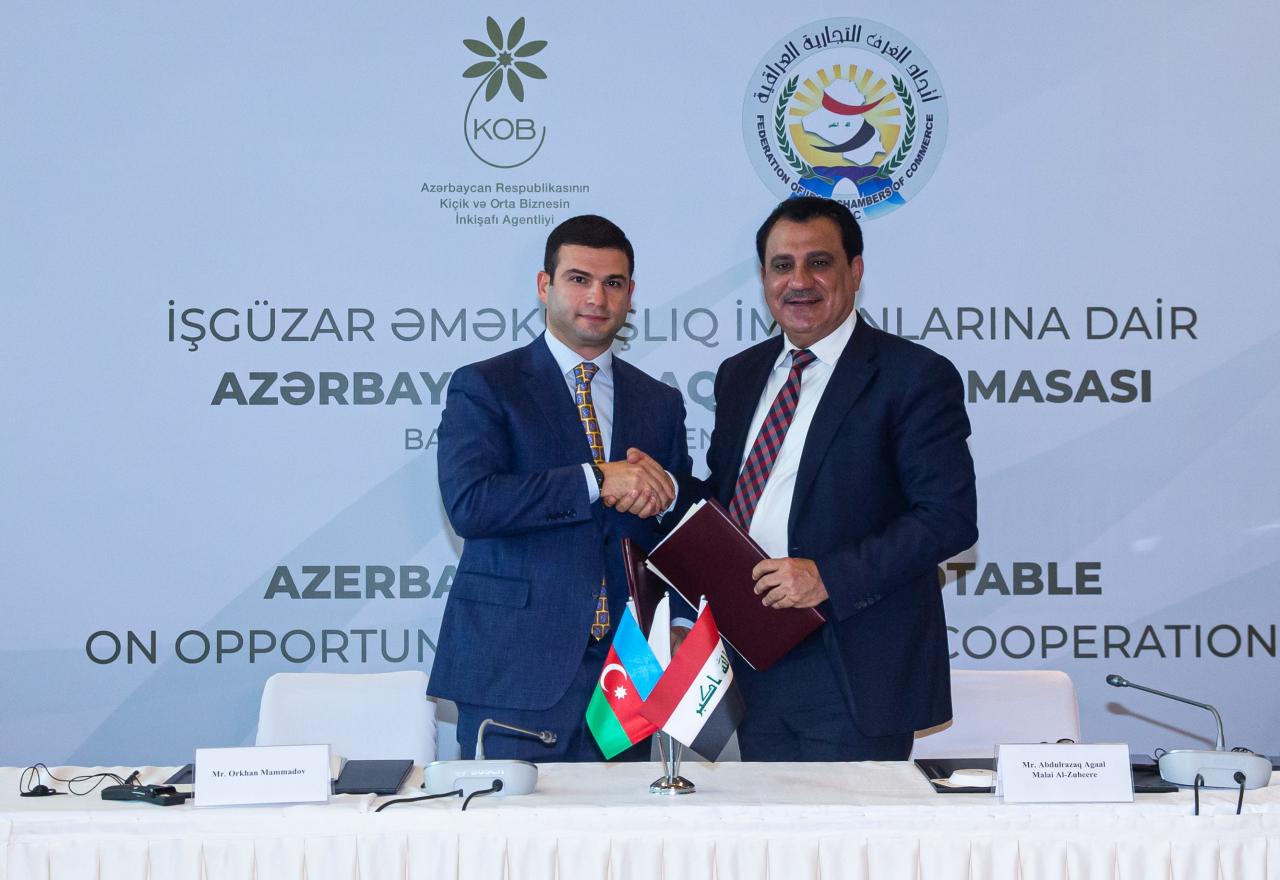 Azerbaijan’s Agency for Development of Small and Medium-sized Businesses and Iraq’s Federation of Chamber of Commerce have signed a memorandum of understanding on cooperation.

The document was signed by the Agency’s Board Chairman Orkhan Mammadov and the Federation’s President Abdul Razzaq al-Zuhairi during the Azerbaijan-Iraq roundtable on business cooperation held in Baku on September 28.

The document covers such issues as experience exchange in support of SMBs and promotion of relations between the SMBs of two countries.

Speaking at the roundtable, th agency’s chairman emphasized the development of bilateral economic cooperation, especially in the field of attracting SMBs.

He noted the agency’s readiness to support the creation of a joint platform to expand business cooperation between Azerbaijan and Iraq.

Speaking about the agency’s activities, Mammadov noted that the agency can support Iraqi businessmen who want to open a business in Azerbaijan by coordinating with the relevant agencies, finding reliable local partners and other areas.

In turn, the federation’s president noted that Iraq is interested in investing in Azerbaijan, promoting local products in the Iraqi market and expanding ties between businessmen.

During the event, Azerbaijan’s Export and Investment Promotion Foundation Acting Head Yusif Abdullayev spoke about the foundation’s activities and the work to expand relations with foreign partners.

He emphasized the importance of mutual visits in the development of business cooperation.

The roundtable was organized by Azerbaijan’s Agency for Development of Small and Medium-sized Businesses with the support of Iraq’s Chamber of Commerce Federation. The event was attended by officials from both countries, businessmen working in the industry, agriculture, food industry, pharmaceuticals, construction, tourism and logistics.

It should be noted that the trade turnover between the two countries amounted to $11 million in the first eight months of 2021.