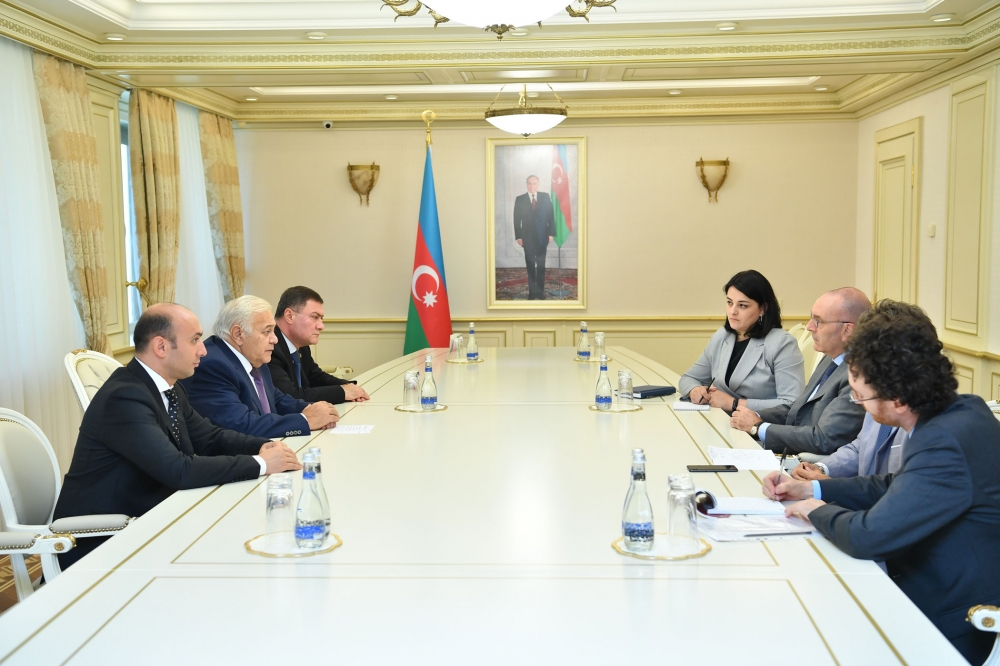 Speaker of Azerbaijani Parliament Ogtay Asadov has met with President of the Foreign Affairs Committee of the Italian Senate Vito Rosario Petrocelli to discuss the issues of strategic partnership.

Asadov noted that this visit would contribute to the development of the two countries` parliamentary relations. He described Italy as Azerbaijan`s important partner. “ We closely cooperate with Italy in different areas. The reciprocal visits and negotiations held during the meetings of the two countries` heads of state contribute to the strengthening of the relations. A total of 44 documents have been signed between Azerbaijan and Italy so far,” Asadov said.

Referring to the projects implemented by the Heydar Aliyev Foundation in Italy, the Speaker lauded the humanitarian cooperation between Azerbaijan and Italy. He hailed the activity of the two countries` inter-parliamentary friendship groups and parliamentary reciprocal visits.

Asadov drew the Italian official`s attention to the Armenia-Azerbaijan Nagorno-Karabakh conflict, saying it impedes prosperity both in Azerbaijan and the entire region. “We support fair resolution of the problem in compliance with the norms of international law,” Asadov added.