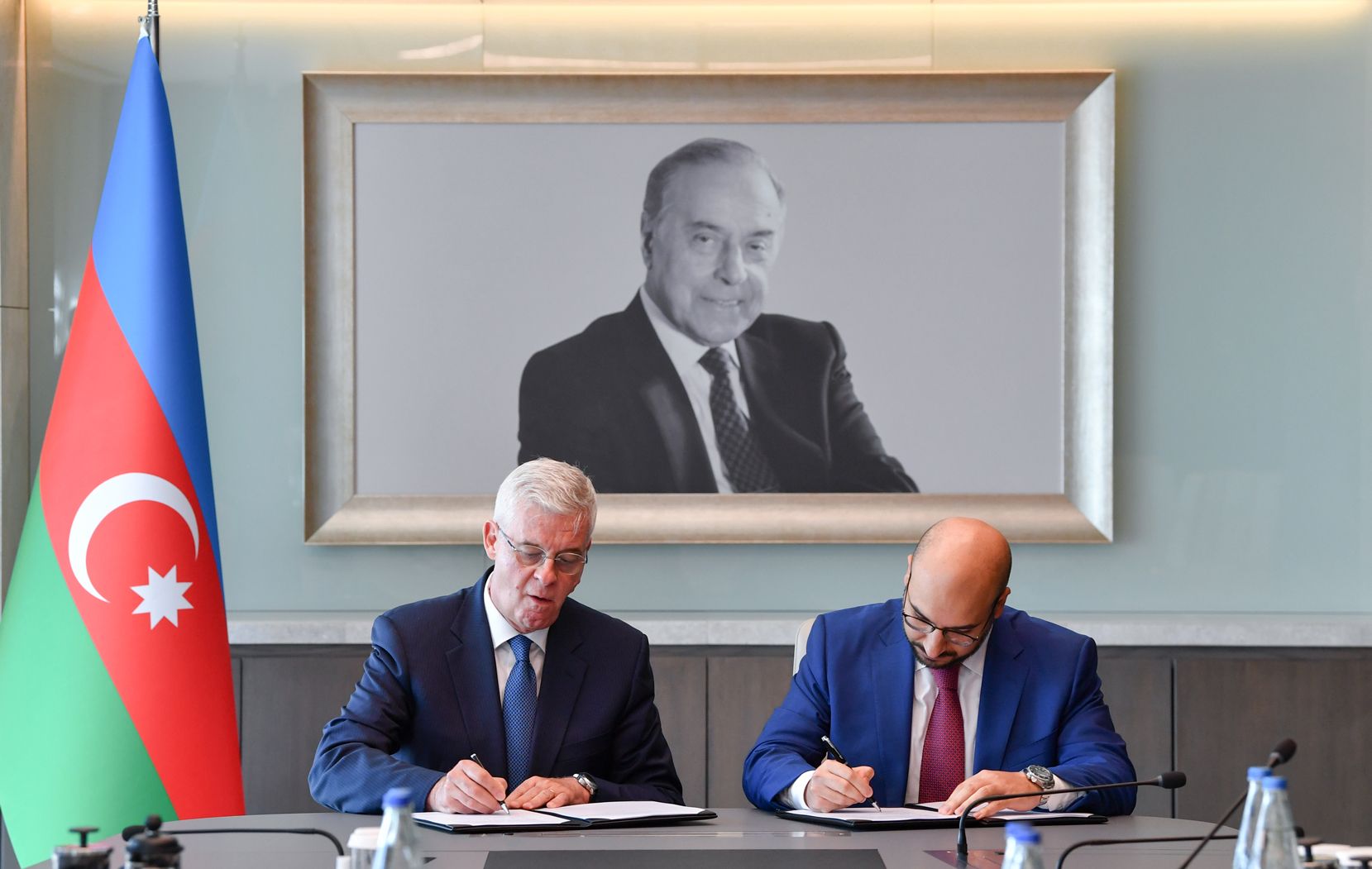 The document was signed during a meeting between Azerbaijan’s Economy Minister Mikayil Jabbarov and representatives of Technip Energies.

As part of the cooperation, it is planned to implement the “waste monetization” project. The project envisages the production of green gas from household waste with high content of plastic on the basis of thermochemical processing technology.

Moreover, it is planned to expand the raw material base of the Azarkimya (Azeri chemistry) PA and obtain a green certificate for the products made while processing. Due to its high calorific value, part of the product can also be used to generate electricity in turbines. The production capacity of the plant to be built in Sumgayit will be 30,000 tons of olefin (gas mixture) and 10,000 tons of fuel gas per year.

“Implementation of the project will help improve the environmental situation in the country by reducing carbon emissions, reducing the cost of recycling household waste, supporting the economy through the use of green technologies, as well as innovative and sustainable waste recycling,” the ministry said.

Additionally, during the meeting, the parties discussed the measures taken to diversify the country’s economy and the work done to transform Azerbaijan into a place of green growth and sustainable development.

The diplomatic relations between the two countries were established on May 8, 1992. Italy’s first embassy in the South Caucasus was opened in Azerbaijan in 1997 and the embassy of Azerbaijan in Italy has been functioning since 2003.

Azerbaijan is a major supplier of energy to Italy. In Azerbaijan, over 100 Italian companies operating in various fields are registered. At the same time, Italian firms have contracts worth more than € 10 billion ($11.8 billion) for Azerbaijani projects both inside and outside the country. Azerbaijan’s total investment in the Italian economy is estimated to be around € 1.7 billion ($2 billion), with Italy investing approximately € 770 million ($910.8 million) in Azerbaijan.

The two countries’ trade turnover was $9.6 billion in 2021, with Italy also being Azerbaijan’s main trade partner.

Italy was one of the first countries to express support for Azerbaijan’s territorial integrity, as well as an interest in participating in restoration efforts in Azerbaijan’s liberated territories. Thus, Italy and Israel are working on a joint project to transform the liberated Zangilan region into a smart city.