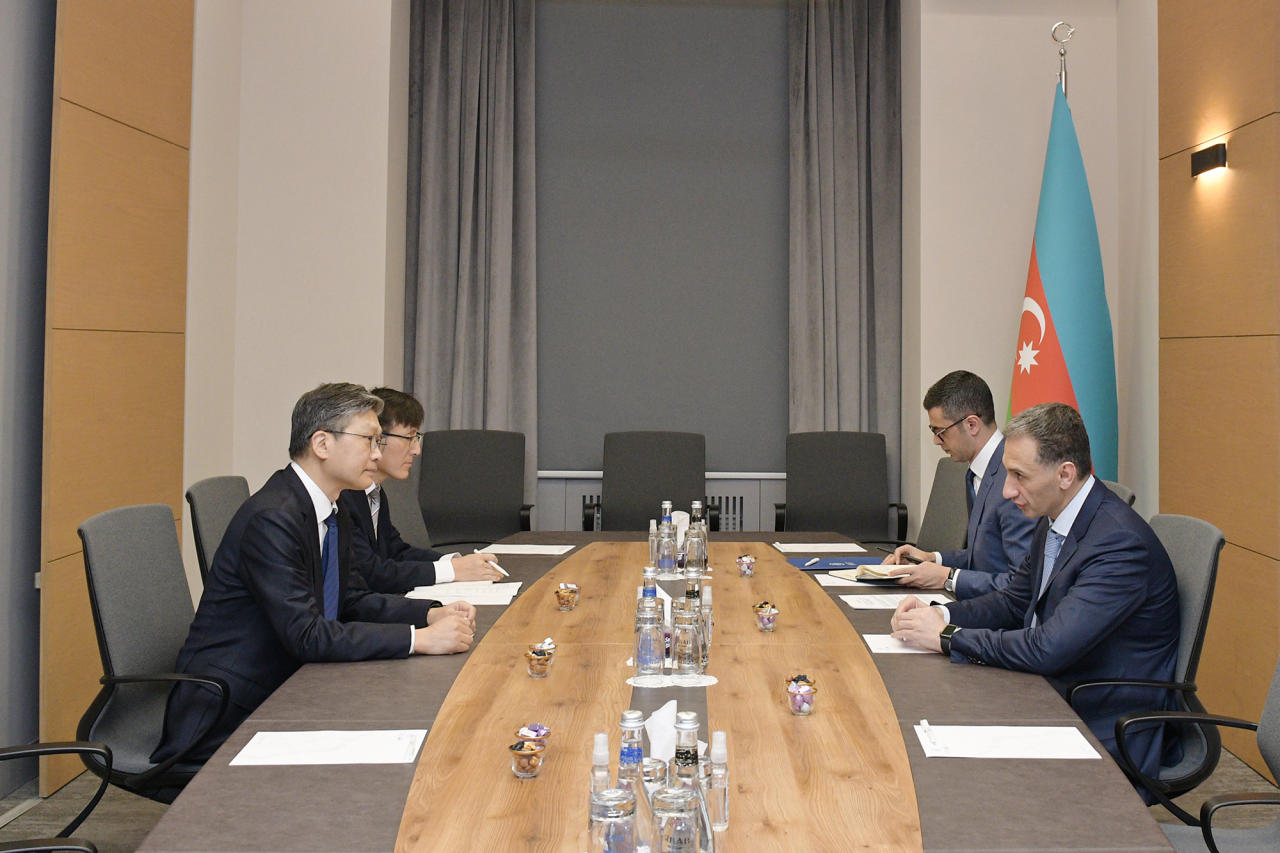 Azerbaijan and Korea discussed the current status of negotiations on projects in the fields of innovation and smart cities, which will be implemented by Azerbaijan’s Digital Development and Transport Ministry in collaboration with the Korean International Cooperation Agency (KOICA) and the Trade and Investment Promotion Agency (KOTRA).

During the meeting, the parties expressed their satisfaction with the high level of bilateral relations and emphasized the special role of the intergovernmental commission on economic cooperation in strengthening ties. It was noted that talks are underway to hold the commission’s next meeting in Seoul in the second half of 2022.

The parties also discussed existing bilateral cooperation in the fields of digital transformation, innovation, and startups, and Korean ICT experts were invited to Azerbaijan.

They also considered the possibility of strengthening ties in the field of information technology education. They discussed the training of Azerbaijani youth in the field of ICT at Korean universities, as well as the participation of Azerbaijani specialists in short-term cybersecurity trainings organized by the Korean Internet Security Agency (KISA).

Rashad Nabiyev, speaking at the meeting, stated that digital transformation is a priority for the Azerbaijani government. He provided an update on current work in this area as well as future plans. Furthermore, he emphasized that the ministry attaches particular importance to expanding cooperation with global partners in bilateral and multilateral formats to achieve the goals set.

Azerbaijan and Korea are cooperating in various fields. Thus, Korean companies successfully operate in various economic fields in Azerbaijan. Korean companies played a role in the modern architectural image of Baku as well as in the implementation of major industrial infrastructure projects.

The trade turnover between the two countries amounted to $227.6 million in 2021.