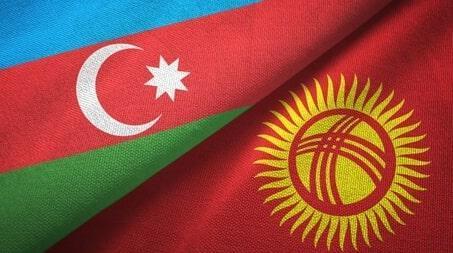 Azerbaijan and the Central Asian country Kyrgyzstan are ready told a session of the joint intergovernmental commission on trade and economic cooperation in autumn.

This was stated during the meeting between Kyrgyz Foreign Affairs Minister Ruslan Kazakbaev and Azerbaijani Ambassador to Kyrgyzstan Gidayat Orudzhev, Day.az has reported.

During the meeting, the parties discussed the results of Kazakbaev’s July visit to Baku and the initiative of the Kyrgyz side to establish a strategic partnership between the two states. Moreover, the sides discussed the creation of the Interstate Council as the level of heads of states, the creation of an inter-regional platform “Central Asia-South Caucasus” (5+3) in the foreseeable future and the renewal of agreements on the Kyrgyz-Azerbaijani Investment Fund.

Orudzhev noted that Azerbaijan fully supports all initiatives of Kyrgyzstan.

The sides noted the need to implement joint projects and to complete the construction of the friendship park of Azerbaijan and Kyrgyzstan and the general education school in Bishkek.

Furthermore, the minister thanked Azerbaijan for the provision of humanitarian aid in the form of 40,000 doses of AstraZeneca COVID-19 vaccine.

On July 17, 40,000 doses of the AstraZeneca vaccine were delivered to Kyrgyzstan from Azerbaijan. The agreement on the provision of this humanitarian aid was reached during Kyrgyzstan’s Foreign Affairs Minister Ruslan Kazakbaev’s visit to Azerbaijan on July 1-3.

The two countries have agreed to boost ties by activating the work of the joint intergovernmental commission on trade and economic cooperation, and by paying attention to the issues of mutual exports and imports of goods and products from Kyrgyzstan and Azerbaijan.