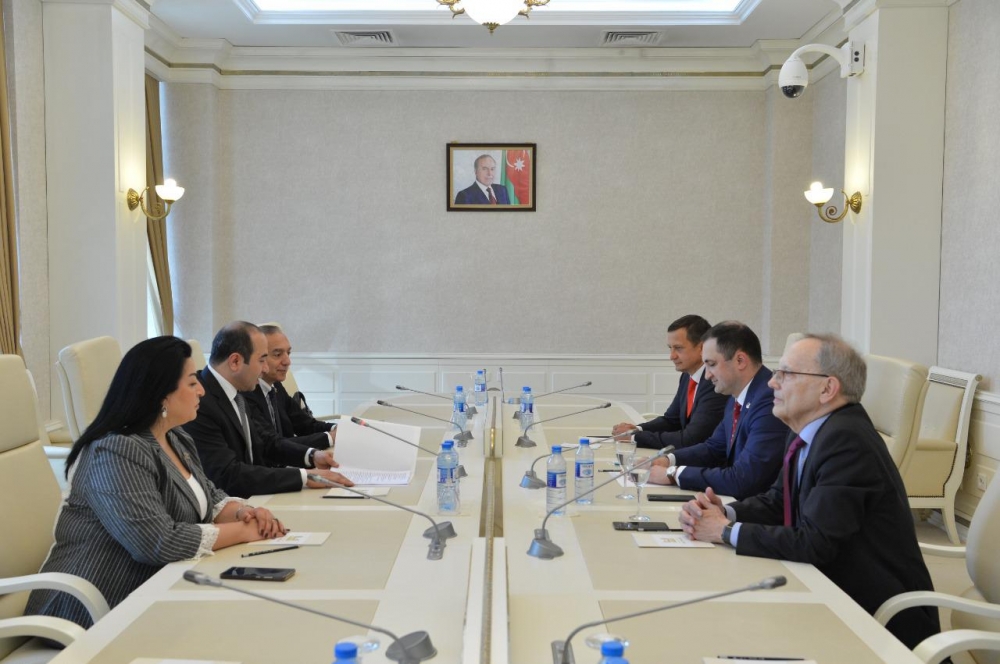 Azerbaijan`s Minister of Foreign Affairs Jeyhun Bayramov has met with a delegation led by Chairman of the Group for the Promotion of Cooperation between the Saeima of the Republic of Latvia and the Parliament of Azerbaijan Romāns Naudiņš.

Minister Jeyhun Bayramov hailed the existing relations between the two countries, which are based on historical ties and mutual support and cooperation. The prospects for successful cooperation at the bilateral and multilateral levels were highlighted.

FM Bayramov informed Romāns Naudiņš of the current situation in the region, in particular, steps taken by Armenia to increase tensions in the border zone, sabotage and reconnaissance activities at the border, including attempts to mine the areas, as well as about the implementation of trilateral statements.

The sides exchanged views on the development of cooperation between the two countries, as well as the expansion of humanitarian ties between the parliaments.

During the meeting, the sides also discussed other issues of mutual interest.