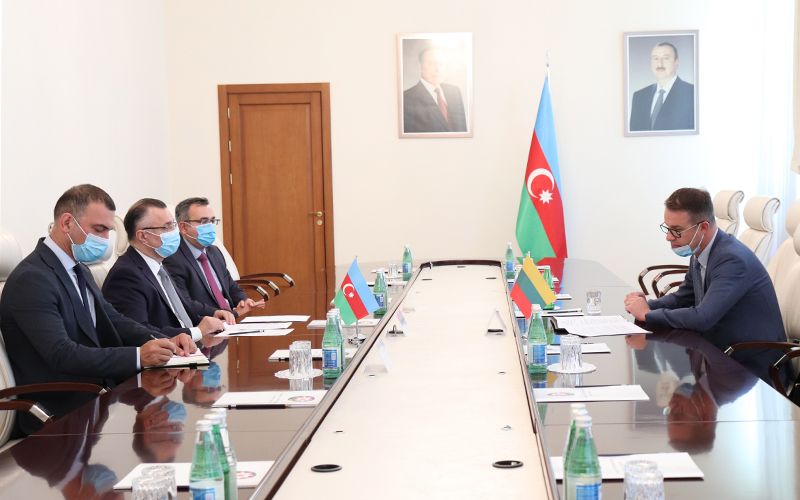 Azerbaijan and Lithuania have discussed cooperation in the health and medical science sectors, Azernews reports.

During the meeting, the minister emphasized the dynamic development of friendly relations between the two countries.

Pointing to the successful cooperation in many areas, including health and medical science, Musayev noted that there is great potential for sharing experiences between national public health institutions and expanding cooperation in the pharmaceuticals sector.

In turn, the ambassador noted the importance of high-level reciprocal visits in expanding bilateral relations.

Recalling that in May 2022, a memorandum of cooperation was signed between the Lithuanian University of Health Sciences and the Azerbaijan Medical University, he emphasized that this document will contribute to the expansion of medical cooperation between the two countries.

Moreover, expressing support for the reforms underway in Azerbaijan’s healthcare system, Navikas said that Lithuania is willing to contribute to modernizing the system of medical education in Azerbaijan in accordance with internationally recognized methodologies and standards.

The sides discussed the current state of cooperation and the potential for its development in the field of health and medical sciences.

Diplomatic relations between the two countries were established on November 20, 1995. The embassy of Azerbaijan in Lithuania was opened in September 2007, while the embassy of Lithuania in Azerbaijan was opened on April 3, 2007. The two countries have so far signed 39 documents. Azerbaijan is Lithuania’s biggest trade partner in the Caucasus. The trade turnover between the two nations amounted to $42 million in 2021, and to $14.4 million in the first half of 2022.