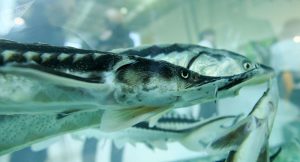 Officials think about the development of a legal framework that will allow starting industrial fish farming in the Caspian Sea.Director of the Fisheries Research Institute of the Azerbaijani Ministry of Ecology and Natural Resources, Mehman Ahundov, told Sputnik Azerbaijan that it is planned to develop a legal framework in order to allow entrepreneurs to breed fish directly in the Caspian Sea.”A state program is being discussed for the development of fish farming and aquaculture, which involves the usage of existing experience and the experience of neighboring countries,” the expert said.First of all, attention will be paid to the cultivation of traditional fish species in aquaculture. Thus, environmentalists intend to prevent incidents of poaching, he said.Ahundov is confident that the increase of the seafood volume in the local market will make poaching unprofitable. The development of aquaculture will also have a positive effect on the development of the economy, increasing fish production per capita and ensuring food security. On the other hand, it will contribute to the improvement of the ecological situation in the country.”The development of aquaculture in Azerbaijan was most developed in the 80s of the last century. Then 65,000 tons of fish were caught from the Caspian Sea, 40,000 tons were grown in aquaculture conditions. Currently, according to official statistics, only 1,500 tons are grown, which is a very low figure,” said the director of the institute.Today, traditional species of fish and sturgeon are cultivated in Azerbaijan (sturgeon, sturgeon, beluga, sturgeon hybrids). In addition, various types of trout, catfish are bred.Recently, a decision was made to start developing a mariculture in Azerbaijan – fish farming in the sea. If entrepreneurs decide to start a new business, they can contact the Azerbaijani Ministry of Ecology on this issue.Earlier, he said that about 800 individuals and legal entities addressed the ministry in order to be engaged in aquaculture.Taking into account the threat of depletion of biological resources and poaching, it is necessary to develop aquaculture in the Caspian regions of Azerbaijan and involve the population in a new activity, the director of the institute said.Ahundov did not exclude that very soon species of fish unusual for Azerbaijan could be grown in closed conditions directly in sea water.There are about 101 species of fish in the Caspian. Sturgeon, spike, white salmon, salmon, five species of Caspian herring, sea sif, omul, carp, etc. inhabit the Caspian Sea. The sturgeon family includes both a huge 5-meter beluga and a 45-millimeter goby (hirkanobus).Some species of fish number in the millions and even billions: herring-like, goby, sturgeon, salmon, pike, carp, catfish, etc. Freshwater are pike and crucian carp. They can be found above the confluence of the rivers in the sea and rarely in the sea itself.In the fresh waters of the republic and in the Caspian Sea, fishing of 30 species of fish is allowed. Many of them are trapped in Kura, lakes and stagnant water around Kura, as well as in the Mingachevir reservoir. Most of the fish caught are transiting and semi-transiting. Among the carry fish the most valuable are salmon, sturgeon, beluga and asp. Shamay and lamprey also apply to them. Sturgeon meat and black caviar are considered very valuable. In addition to them, semi-transient fish such as bream, carp and others are found in the waters of Azerbaijan. As a result of the construction of various hydraulic structures on Kura since 1959, the regulation of the flow of the Kura, the pollution of the waters of the Caspian Sea and other causes, the number of commercial fish species has drastically decreased. 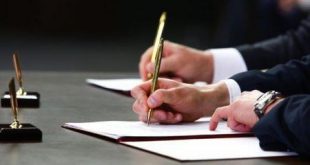 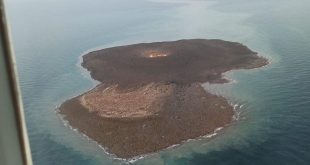