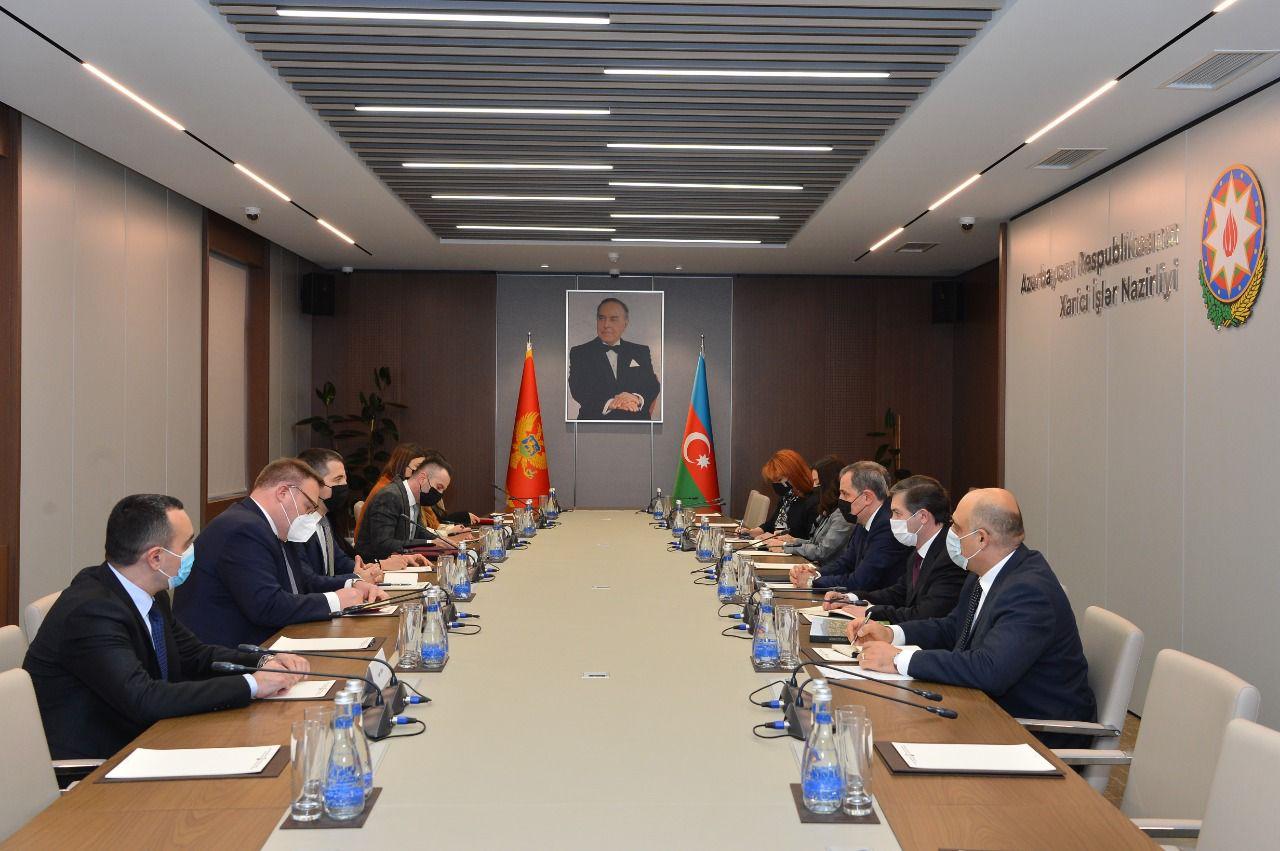 Bayramov, welcoming the guest, stated that Azerbaijan values the development of relations with Montenegro and he was pleased with the high-level political interaction between the two nations as well as the establishment of strategic partnership connections.

The minister stated that the current visit by  Aleksa Bečić, as well as the meetings and talks held as a result of it, would have a beneficial influence on the ongoing development of bilateral ties.

“The sides exchanged views on the prospects of cooperation between the two countries in economic, investment, transport, energy, humanitarian, as well as tourism spheres. It was noted that the two countries should continue consultations in the political sphere, as well as in the consular field. They also stressed the importance of the activities of the joint intergovernmental commission in terms of expanding economic and trade relations,” the report added.

Bayramov briefed Bečić on the current regional situation, in particular on the results of the 44-day war that ended a nearly 30-year occupation, on the reconstruction of the liberated territories, on the government’s urgent measures to ensure the dignified and safe return of large numbers of IDPs in the shortest possible time, and as well as demining activities and procedures made in conjunction with the fulfillment of trilateral agreements.

The role of both nations’ diplomatic missions in the development of relations was highlighted in particular. He also thanked Azerbaijan for its humanitarian aid in the fight with the COVID-19 pandemic.

Bečić stressed that Montenegro has always supported the sovereignty and territorial integrity of friendly Azerbaijan. Wishing Azerbaijan successes in the peace-building activities in the region, Bečić expressed his country’s belief in the future of peace and dialogue.​

Bayramov thanked for the invitation, saying that Azerbaijan is always ready and committed to the further development of bilateral ties.​The sides also exchanged views on other issues of mutual interest at the meeting.