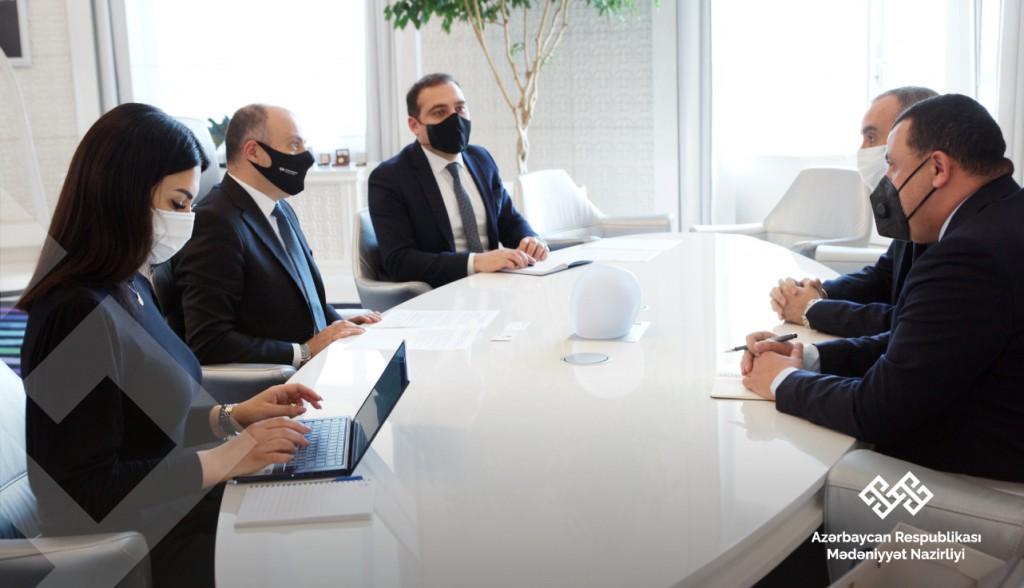 Azerbaijan and Morocco have discussed prospects of cultural cooperation.

The Culture Minister Anar Karimov expressed satisfaction with the development of relations between the two countries in various fields, including culture.

He noted favorable opportunities for expanding cultural ties between Azerbaijan and Morocco.

The Culture Minister  also touched upon joint agreements signed between the two countries and strengthening of cultural cooperation.

The Moroccan Ambassador to Azerbaijan Mohamed Adil Embarch noted that the cultural ties between Morocco and Azerbaijan are at a very good level. He stressed the importance of bringing bilateral relations to a higher level.

The sides agreed on holding joint cultural projects and exchanged views on other issues of mutual interest.