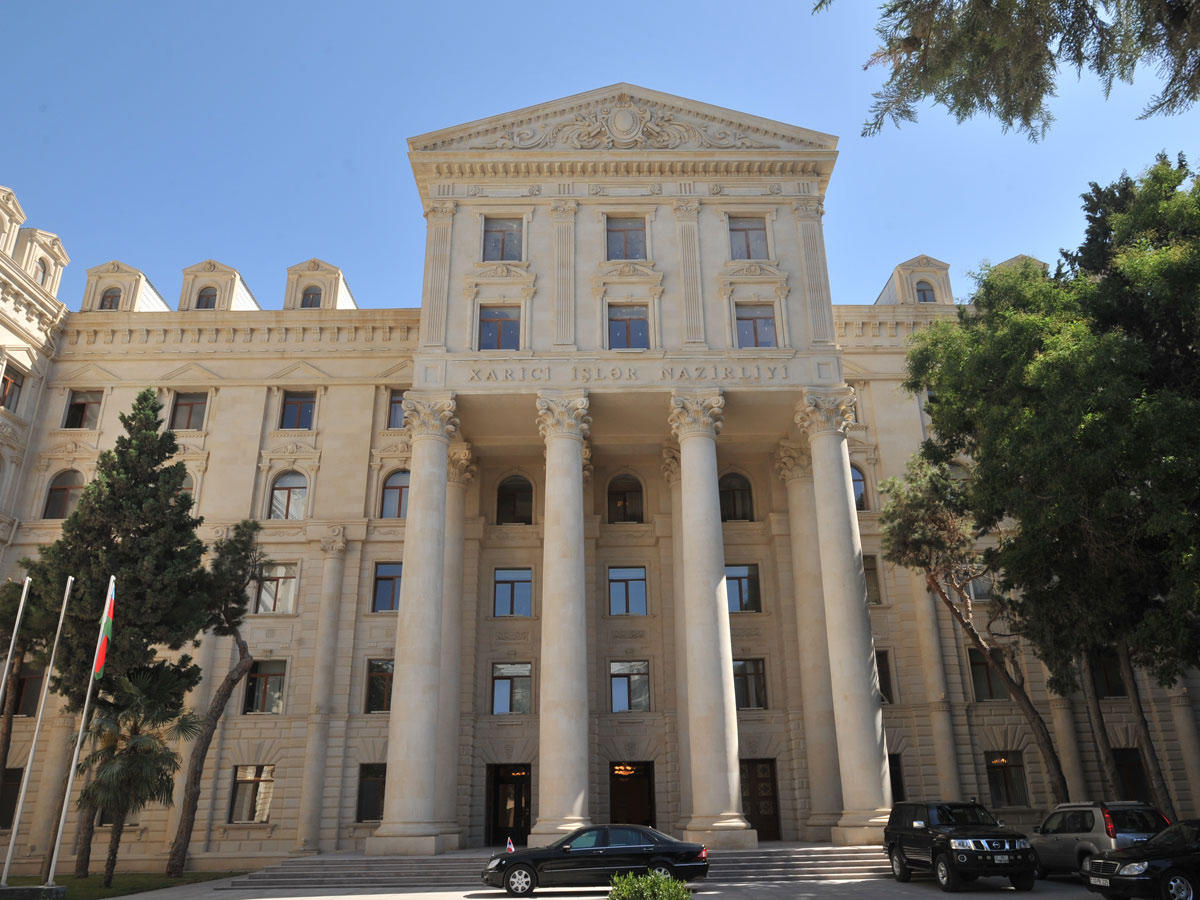 Azerbaijan expressed condolences to Kazakhstan on the national mourning day in the country on January 10.

“We express condolences to the families and relatives of those killed in the districts of the fraternal country as a result of tragic events in connection with January 10, the day of national mourning in Kazakhstan. We wish Kazakhstan peace, stability and prosperity,” the Azerbaijani Foreign Ministry wrote on the official Twitter page on January 10.

It should be noted that on this occasion the flags of members of the Organization of Turkic States (OTS) were lowered at half-mast at the organization’s headquarters in Turkey’s Istanbul.

“Always in solidarity with the people and government of brotherly Kazakhstan, the Organization of Turkish States wishes God’s mercy to those killed, healing to the wounded, and the country’s return to normalcy as soon as possible,” the organization said in its statement.

Moreover, a representative of the Azerbaijani embassy in Kazakhstan, Anar Huseynzade, stated that 20 Azerbaijani citizens were recently evacuated from Kazakhstan.

On January 11, the foreign ministers of OTS member states will discuss the current situation in Kazakhstan via videoconference. The incumbent OTS secretary-general is the representative of Kazakhstan, Baghdad Amreyev.

Earlier, on January 6, Turkish President Recep Tayyip Erdogan held telephone conversations with his counterparts from Azerbaijan Ilham Aliyev, Kazakhstan Kassym-Jomart Tokayev, Kyrgyzstan Sadyr Japarov, and Uzbekistan Shavkat Mirziyoyev. The presidents stressed that stability and security are important for the region. They expressed their confidence that fraternal Kazakhstan will overcome this problem through dialogue.

Amid the fuel prices increase, big demonstrations erupted on January 2 in certain parts of Kazakhstan.

Kazakhstan’s authorities declared a state of emergency, following the illegal demonstrations. On January 5, the Kazakh president accepted the government’s resignation. The curfew was imposed in Almaty and Mangistau region, as well as the entry into and exit from these territories, was prohibited. Kazakh President Kassym-Jomart Tokayev said the government initiated anti-terrorist operations to deal with the ongoing riots.

The divisions of the united peacekeeping contingent of the Collective Security Treaty Organization (CSTO) arrived in Kazakhstan to assist in restoring order and help protect strategic objects of the country.

In addition, under the president’s order, Kazakhstan will introduce state regulation of the prices of liquefied gas, gasoline, and diesel for 180 days.

Kazakh President Kassym-Jomart Tokayev recently stated that constitutional order has largely been restored in all regions of the republic, and local authorities are in control of the situation.