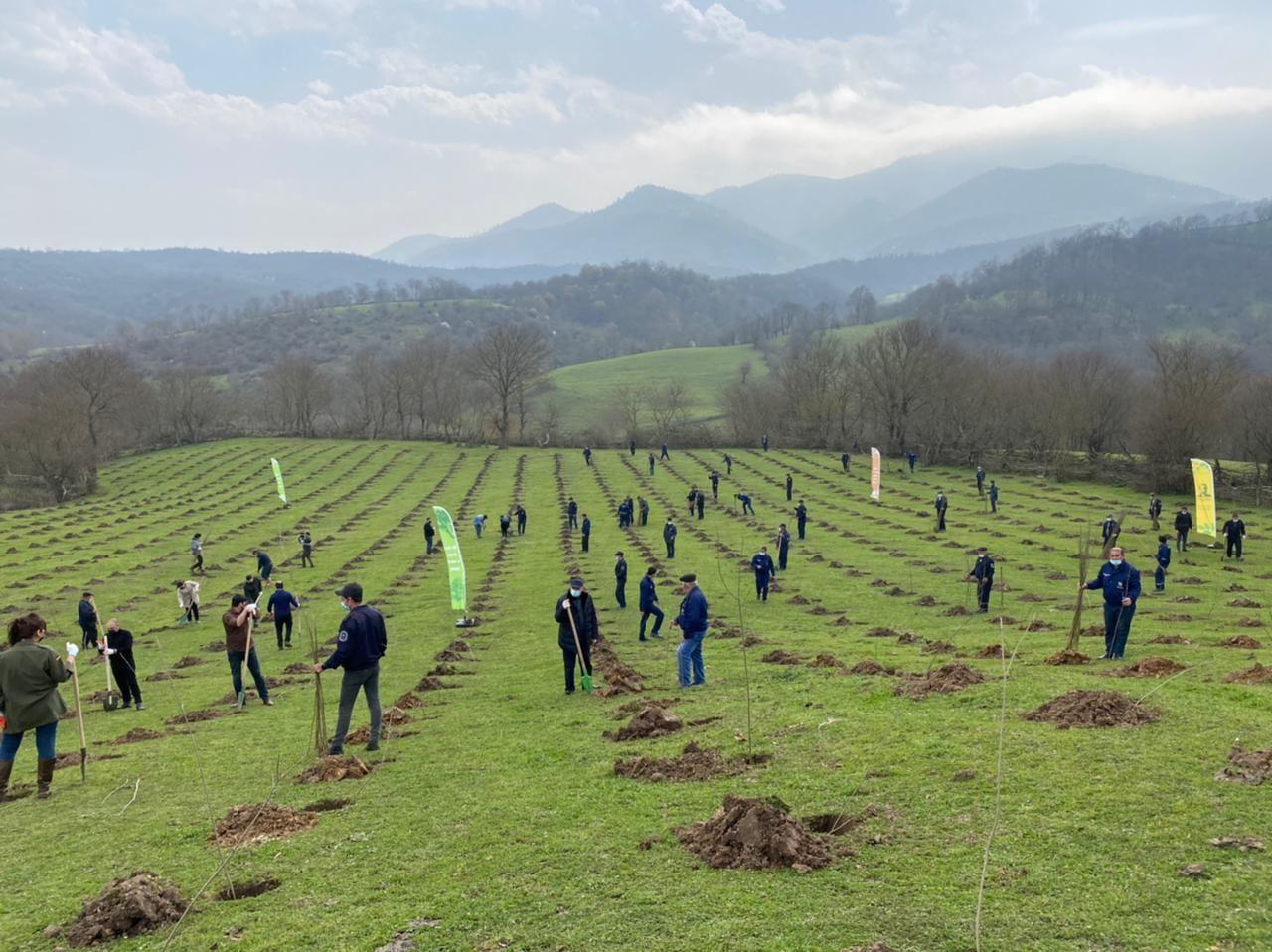 Some 58,109 trees of 14 species were planted in Azerbaijan within the tree-planting campaign on the occasion of Remembrance Day on September 27, Azertag has reported.

A campaign was held in 76 cities and regions of Azerbaijan.

Of the total number of planted trees, 6,950 trees were planted in Baku city and 51,159 trees in other cities and regions.

As a sign of deep respect for the soldiers and officers who gave their lives for Azerbaijan’s territorial integrity, September 27 is marked as Remembrance Day under President Ilham Aliyev’s relevant decree. The decree was signed on December 2, 2020.

The memory of the martyrs had been honored in the religious sites operating in Azerbaijan. The Azerbaijani public visited the graves of martyrs in the second Honorary Alley in Baku and offers prayers for their souls.

The streets of Baku were decorated with Azerbaijani flags on Remembrance Day, as well as the national flag was projected on a number of buildings, including the Heydar Aliyev Center and the Flame Towers in the evening.

From the territory of the Patriotic War Memorial Complex, 3,000 sky lanterns were launched into the sky.

The peace agreement stipulated the return of Azerbaijan’s Armenian-occupied Kalbajar, Aghdam and Lachin regions. It urged Armenia to withdraw its troops from the Azerbaijani lands that it had occupied from the early 1990s. Before the signing of the deal, the Azerbaijani army had liberated around 300 villages, settlements, city centers, and historic Shusha city.