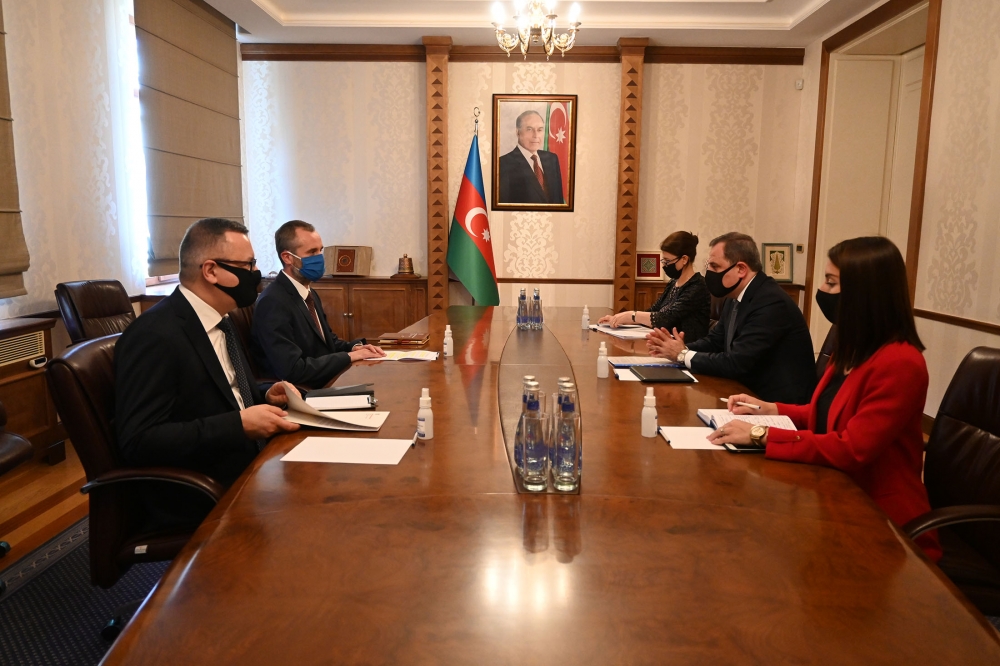 Azerbaijani Foreign Minister Jeyhun Bayramov has met with Ambassador of the Republic of Poland to the country Rafal Poborski.

Foreign Minister Jeyhun Bayramov mentioned the high-level cooperation existing between both states and noted that the exchange of high-level visits contributes to the development of cooperation.

FM Bayramov noted the furthering of cooperation between both states during the year amid pandemic and in this regard expressed his appreciation for the humanitarian aid rendered by Poland in the fight against COVID-19.

The sides exchanged views on the issues relating to the continuation of the political consultations between the two countries, as well as the opportunities for the enhancement of relations in energy, transport, agriculture, education, tourism and other areas.

Minister Jeyhun Bayramov pointed to the occupation policy of Armenia against Azerbaijan for more than 30 years, the illegal activities conducted by aggressor state Armenia in the occupied territories of Azerbaijan, the provocation by the Armenian armed forces along the Azerbaijan-Armenia border during July 12-16, 2020, as well as the policy of the leadership of Armenia serving the increase of the tensions in the region and undermining the settlement of the conflict through negotiations.

Ambassador Rafal Poborski noted that Poland is interested in stability in its eastern neighborhood countries and underlined that respect to international law is a basic rule for Poland.