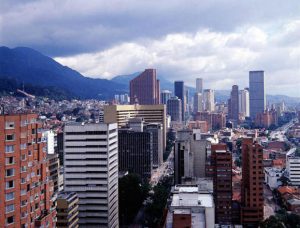 “I held meetings with major Colombian travel companies and gave information about winter and summer tourism in Azerbaijan. Mostly tourists come to Azerbaijan from three large cities of Colombia, that’s to say, Medellin, Cartagena and Bogota. Moreover, in January 2019, it is planned to hold meetings with Colombian travel companies that operate in all cities of the country. We have proposed the Istanbul-Baku-Tbilisi route to increase the number of Colombian tourists visiting Azerbaijan. It is planned to attract tourists not only to Baku, but also to other regions of Azerbaijan,” he said.

In general, the diplomat noted that the flow of tourists from Colombia to Azerbaijan has increased this year compared to the last 3-5 years.

“In this regard, the launch of direct flights from Istanbul to Bogota by Turkish Airlines helps a lot. The number of Colombian tourists visiting Turkey has greatly increased. Because of the long distance, Colombians visit Turkey, and from there other countries in Eurasia,” he said.