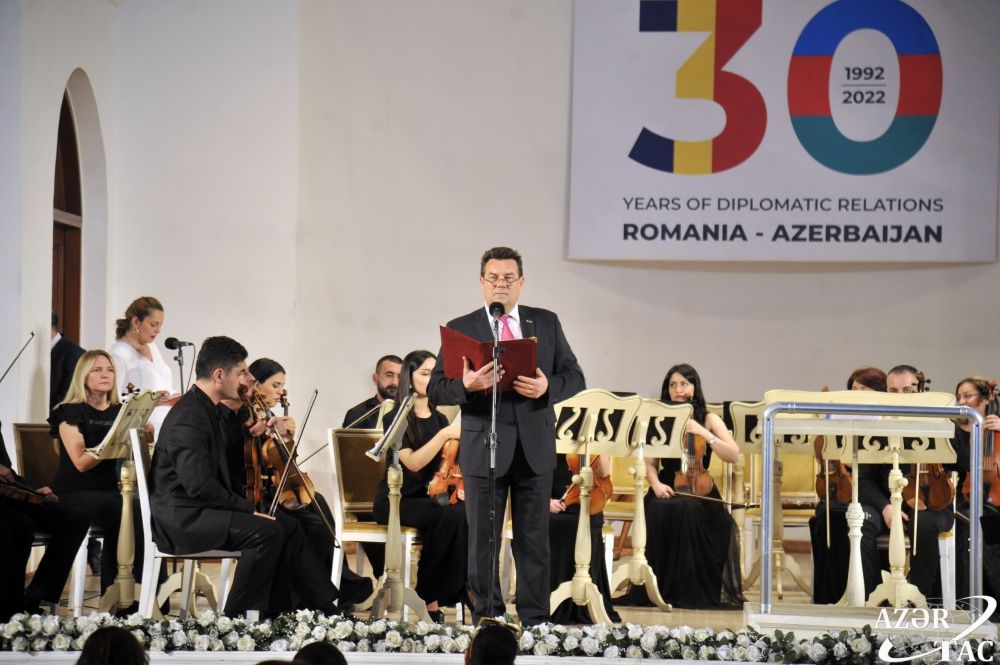 Since the establishment of diplomatic ties in 1992, the two countries share mutual interests in multiple areas, in particular, trade and energy.

A spectacular gala concert was held at the Philharmonic Hall to celebrate the thirty years of diplomatic relations between Azerbaijan and Romania, Azernews reports citing Azertac.

Speaking before the concert, Romanian Ambassador to Azerbaijan Vasile Soare praised the level of development achieved between the two countries. Consistent steps are being taken to further develop relations.

Azerbaijani Minister of Labor and Social Protection Sahil Babayev spoke about the existing relations between the two countries. He said that this year marks the 30th anniversary of the establishment of diplomatic relations between Azerbaijan and Romania. Sahil Babayev added that increasing trade turnover and further developing economic ties between the two countries are among the key priorities.

“Azerbaijan and Romania have signed two documents on strategic partnership. Our countries successfully cooperate and support each other within international organizations. There are fourteen Romanian companies operating in Azerbaijan in the fields of construction, trade, services, communications, transport, and others,” said Sahil Babayev.

“Many Azerbaijanis study and work in Romania, thus creating a living bridge between our countries. I believe that in the coming years we will talk about wider relations. We will do our best to raise our relations to the level of a strategic alliance,” he said.

Next, the event was followed by wonderful musical performances.