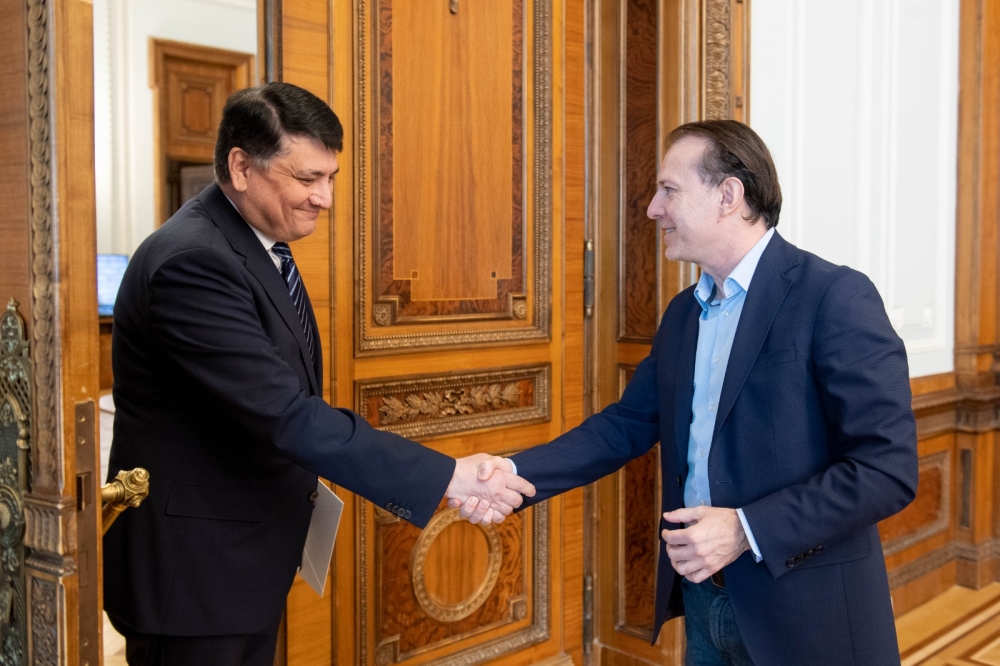 During the meeting, the sides discussed relations between the two countries in various fields, including new prospects for cooperation within the existing strategic partnership.

Ambassador Huseyn Najafov highlighted the new reality that had emerged in the region following the 44-day Patriotic War and presented a letter of invitation from the Speaker of Azerbaijani Parliament Sahiba Gafarova to Romanian Senate President Florin Cîțu.

The Senate President praised the bilateral relations with Azerbaijan – the only strategic partner of Romania in the South Caucasus. He stressed the importance of continuing the efforts by both sides to further deepen these relations, as well as the inter-parliamentary ties. The President of the Senate noted that Romania is interested in closer cooperation with Azerbaijan in all areas, including in the field of energy.

Florin Cîțu expressed his gratitude to the Speaker of Azerbaijani Milli Majlis for the invitation letter and said he was interested to visit Azerbaijan in the near future.