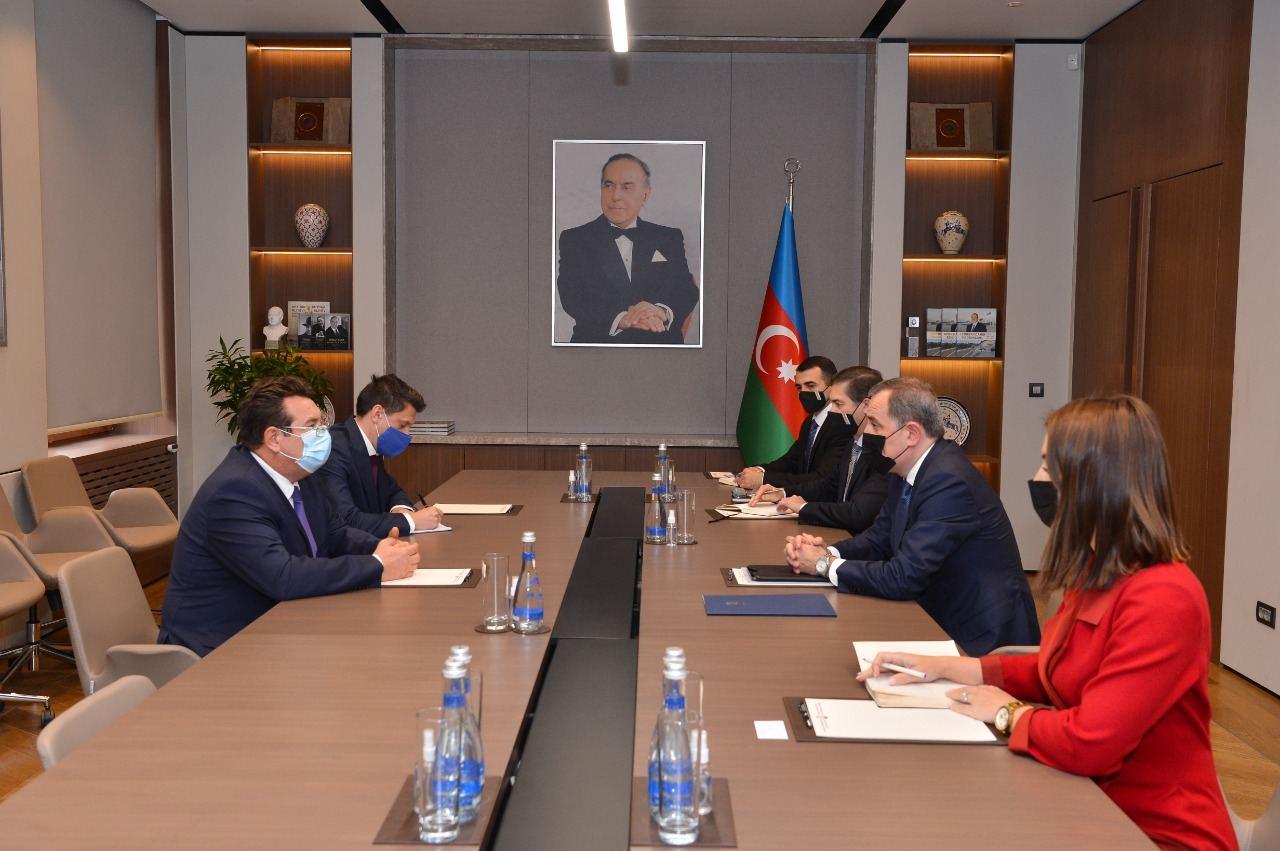 The minister also appreciated the cooperation between the two countries on international platforms.

Furthermore, Bayramov briefed the ambassador about the current regional situation, new realities after the Karabakh conflict settlement, the restoration and construction in the liberated areas, and the existing mine threat caused by Armenia in Azerbaijan’s liberated lands.

The minister stressed that after the liberation of Azerbaijani territories, normalization of relations with Armenia is possible and it is important to fully comply with the implementation of trilateral statements, open communications, as well as begin the delimitation of borders.

In turn, Soare described as a real partnership the existing strategic partnership between the two countries. The ambassador highlighted that bilateral ties are based on respect for territorial integrity and international law, and this is the principled position of Romania.

He stressed prospects for expanding the current partnership between the two countries, including the continuation of political dialogue, economic, energy, connectivity, as well as the development of relations in the culture, education, and other spheres.

Azerbaijan and Romania have signed more than 60 documents aimed at developing cooperation over the past years. The relations between the two countries, based on a strategic partnership, are expanding every year. Romanian companies successfully operate in the country’s transport, agriculture, education, tourism, culture, science and technology fields.